'The tide is going to change': Botham Jean Attorney says guilty verdict is signal to cops who kill black people 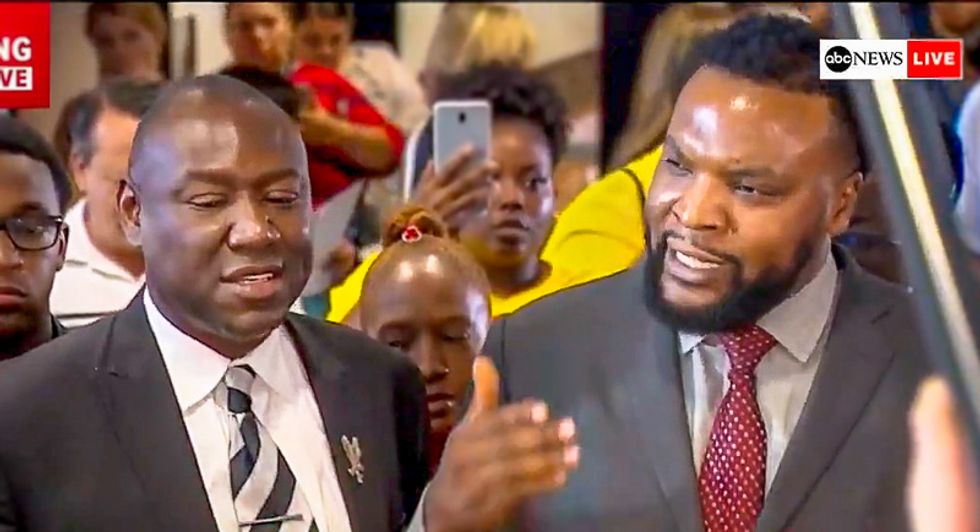 The family attorney for a black man who was mistakenly shot to death by his police officer neighbor praised a guilty verdict in the case.

On Tuesday, 31-year-old Amber Guyger -- a former Dallas police officer -- was found guilty of murdering Jean when she entered the wrong apartment on September 6, 2018.

Family attorneys Lee Merritt and Benjamin Crump spoke after the verdict was read.

Merritt thanked the jury "for taking the time, hearing the evidence and getting it right."

"This is a huge victory, not only for the family of Jean, but as his mother told me a little while ago, this is a victory for black people in America," he said. "It's a signal that the tide is going to change here. Police officers are going to be held accountable for their actions."

"This is for Travon Martin, it's for Michael Brown, it's for Sandra Bland, it's for Tamir Rice, it's for Eric Garner," he remarked. "For so many unarmed black and brown human beings all across America."