These are ‘exactly the rules’ that Republicans used to impeach Clinton: Dem Rep shuts down Fox News 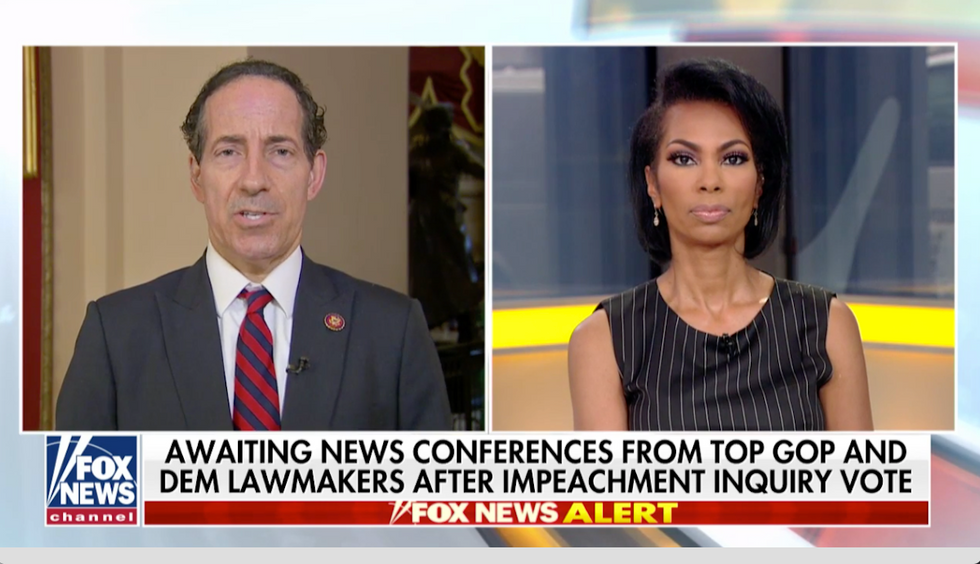 During an appearance on Fox News this Thursday, Rep. Jamie Raskin (D-MD) was asked by Outnumbered host Harris Faulkner if the two Democrats who voted against moving forward on impeachment are the beginnings of a bigger trend.

“I don’t think so,” Raskin responded. “... I’m sorry there weren’t at least a handful of Republicans who were willing to vote for what the GOP has basically been asking for, which is open hearings, and that's what this is."

According to Faulkner, "it looks like there will almost be like a permission that has to be asked by Republicans of Democrats as they subpoena and want to call witnesses. Is that understanding correct, and if so, is that fair?"

"The subpoena rules are exactly the rules that took place when President Clinton was impeached by the House of Representatives, when the Republicans were in control of the majority, and exactly as they were when President Nixon would have been considered for impeachment," Raskin replied. "Essentially, the majority rules in the context of the committee. The minority gets the right to ask for the subpoenas, and in the event that the majority says no, it goes to a vote."

"But understand that everything that has taken place up until now has been scrupulously bipartisan," he continued. "All of the closed-door depositions that have been taking place have given fifty percent of the staff questioning time to the Republicans, fifty percent to the Democrats, members on both sides have been able to ask, and that's precisely how it will proceed."

Watch the full segment below, via Fox News: