'They look like fools': Ex-GOP lawmaker calls out 'stupidity' of Lindsey Graham and Matt Gaetz's defense of Trump 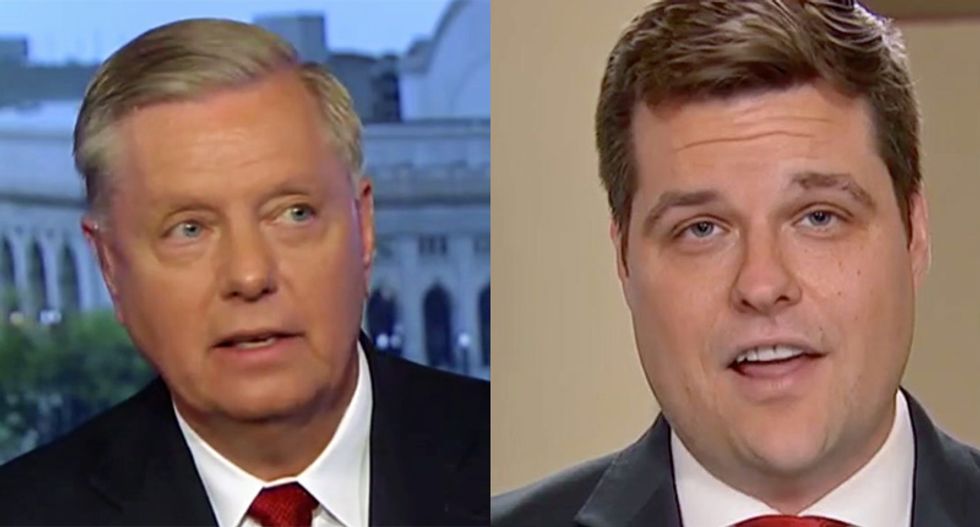 "What we're seeing from House Republicans is this childish behavior. They're displaying an arrogance, anger, immaturity. They look like fools," said Jolly. "I'm surprised they can go home and look at their spouses and their kids in the eye with any sense of self-respect."

"What Republicans should be doing ... and I struggle with even saying this because they're on the wrong side of history and I hate to give them counsel that I think is accurate. Stop arguing about the process. Stop doing the sit-ins. Stop doing the stupid stuff that is not believable. The American people don't care about the process," said Jolly. "The conversation the American people are having is, should the president be impeached for asking Ukraine to investigate Joe Biden? That's the question. And a lot of people say, yes. A lot of people say no. A lot of people are not sure."