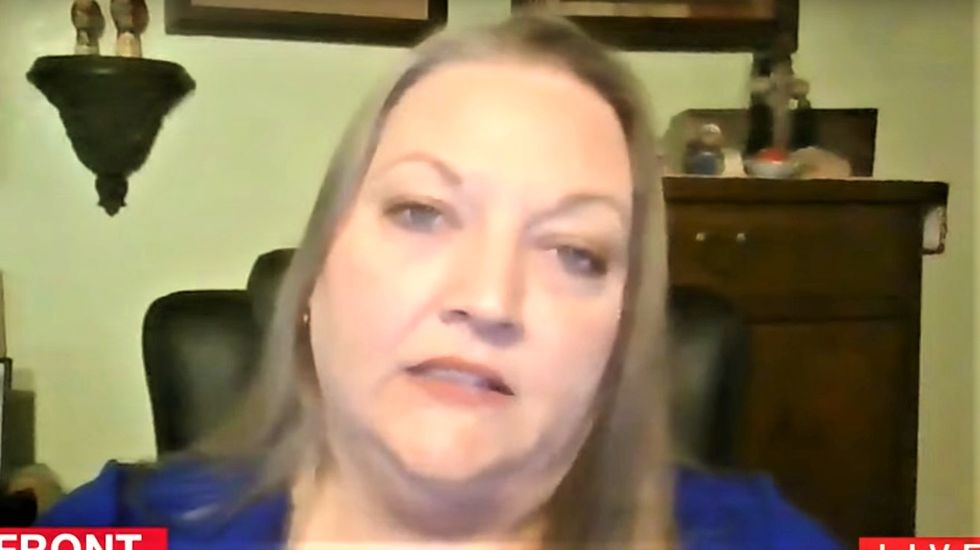 CNN's Brianna Keilar on Monday sat down with a Gold Star widow who says that changes to the tax law made by the Republican Party's signature 2017 tax cut will force her to sell her house unless real changes are made.

Malia Fry, whose Marine husband was killed in 2006 by an improvised explosive device in Iraq, told Keilar that she now pays nearly ten times as much per child on their life insurance benefit than what she paid before the tax bill passed.

According to Keilar, Fry and other Gold Star widows have been caught up in a provision of the tax law that was supposed to collect taxes on trust funds and inheritances.

"This all stems from what is known as the 'Widows Tax,'" she said. "I think a lot of Americans realize that Gold Star spouses get a monthly payment to compensate for the loss of your spouse's income. I think a lot of them don't realize that if the service member paid into this benefit, it's cancelled out dollar for dollar. And for a lot of Gold Star families such as yours, this can really create a lot of financial hardship."

Keilar then asked Fry what would happen if Congress didn't fix the law to reduce her tax burden.