'This is ethnic cleansing': NBC's chief correspondent says Trump is allowing Turkey to 'get rid of' Kurds 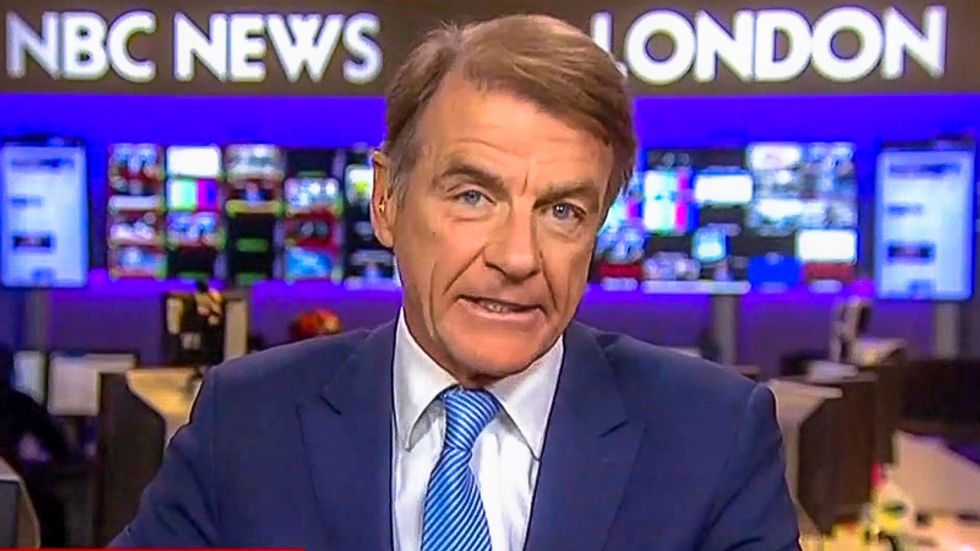 NBC Chief Global Correspondent Bill Neely explained on Wednesday why Turkey's attack on the Kurds is "ethnic cleansing" that is being enabled by President Donald Trump.

In an appearance on MSNBC, Neely reacted to Trump's decision to withdraw the U.S. troops who were fighting in Syria alongside Kurds forces.

"Let’s unpack the language, not just President Trump, but [Turkish] President Erdogan is using," Neely told MSNBC host Ali Velshi. "Because I think that this is really, really important. Turkey calls this an operation. He calls this an operation. Look, it is much more than that. It is an incursion that will lead to annexation. It is a partial invasion, an attack by one nation on another."

"They talk about clearing the area," he noted. "Well, that is a very nice way of talking about killing people and forcing them out of their homes and towns."

The veteran NBC reporter lamented that he doesn't "see the same passion in President Trump to this as to other issues."

"This is ethnic cleansing and the invasion of one country by another," Neely concluded.