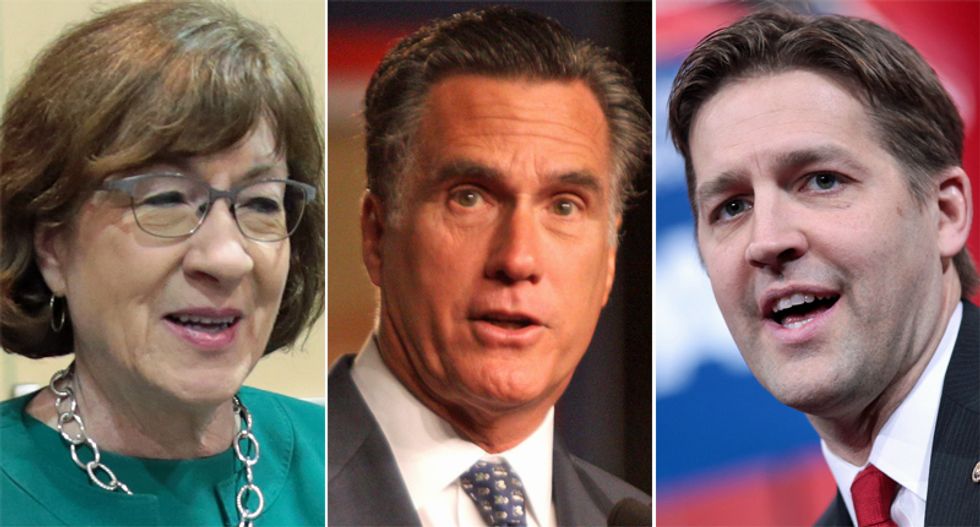 "When the only American citizen President Trump singles out for China’s investigation is his political opponent in the midst of the Democratic nomination process, it strains credulity to suggest that it is anything other than politically motivated," the former Republican presidential nominee tweeted on Friday.

"By all appearances, the President’s brazen and unprecedented appeal to China and to Ukraine to investigate Joe Biden is wrong and appalling," he concluded.

Sen. Ben Sasse (R-NE) also had harsh words for Trump's appeal to China in a written statement provided to the Omaha World-Herald.

“Hold up: Americans don’t look to Chinese commies for the truth,” the statement read. “If the Biden kid broke laws by selling his name to Beijing, that’s a matter for American courts, not communist tyrants running torture camps.”

“I thought the president made a big mistake by asking China to get involved in investigating a political opponent,” she said.

As CNN's Ana Cabrera put it, "we are seeing some cracks in President Trump’s Senate Republican support."

"But the cracks aren’t just showing up in Congress," she explained. "Even one of the president’s staunchest defenders on-air and online, Fox’s Tucker Carlson, says Trump’s Ukraine call was inappropriate."