Trump administration is 'relentless' in keeping pesticide linked to brain damage in children on the market: scientists 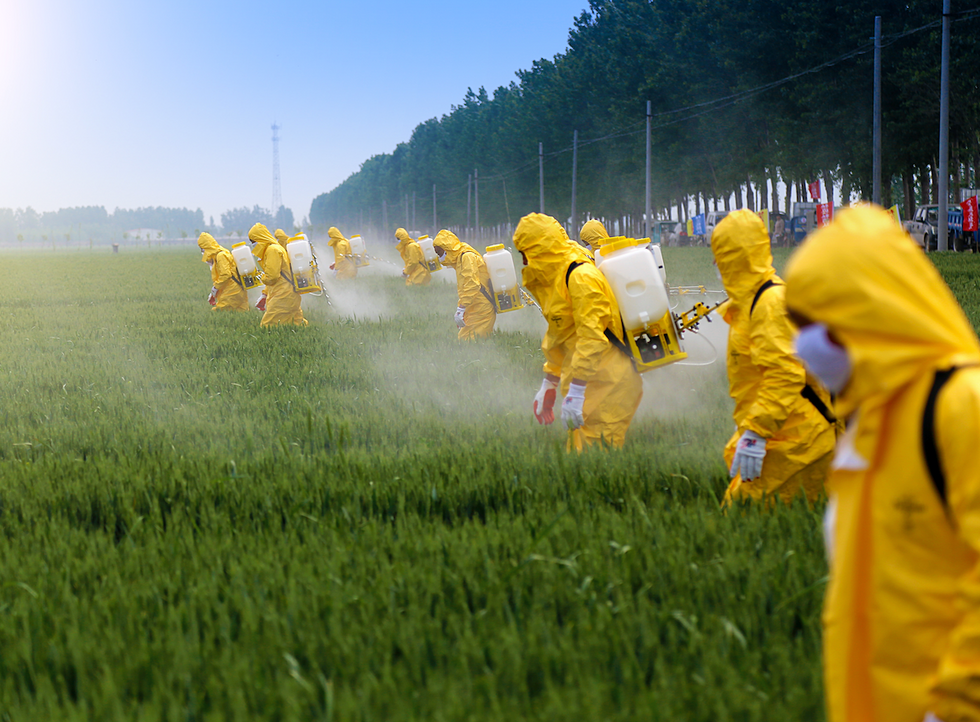 Chlorpyrifos, a pesticide which has been linked to brain damage in children, has so far been banned in California, Hawaii, and New York, and other states are looking to follow suit. But according to some, the Trump administration has reportedly been "relentless" in trying to keep the product on the market, Newsweek reports.

Speaking to Newsweek, senior scientist Miriam Rotkin-Ellman of the Natural Resources Defense Council (NRDC) said that while there's a growing movement to have the pesticide banned, the Trump administration "remains relentless in its push to keep this stuff on the market."

Senior analyst and strategist in the Food and Environment Program at the Union of Concerned Scientists, Karen Perry Stillerman, agrees.

"Scientists have spent years studying the harmful effects of chlorpyrifos on children and farmworkers, and the EPA was ready to ban its use in 2017," Stillerman told Newsweek. "The Trump administration's move to sideline science and reverse that decision as a gift to pesticide-maker Dow was shameful. States like California shouldn't have to step in one at a time to protect the public's health—that's the EPA's job."

According to Newsweek, the current Administrator of the Environmental Protection Agency (EPA), Andrew Wheeler, says that the agency is not on board when it comes to banning the pesticide, due to what he claims is a lack of "valid, complete, and reliable evidence sufficient to meet the Petitioners' burden under the United States Federal Food, Drug, and Cosmetic Act."

The National Pesticide Information Center says that there's growing evidence that the pesticide has harmful effects on humans and human fetuses, which even in small doses has been linked to lower IQs and neurodevelopmental conditions, and even autism.