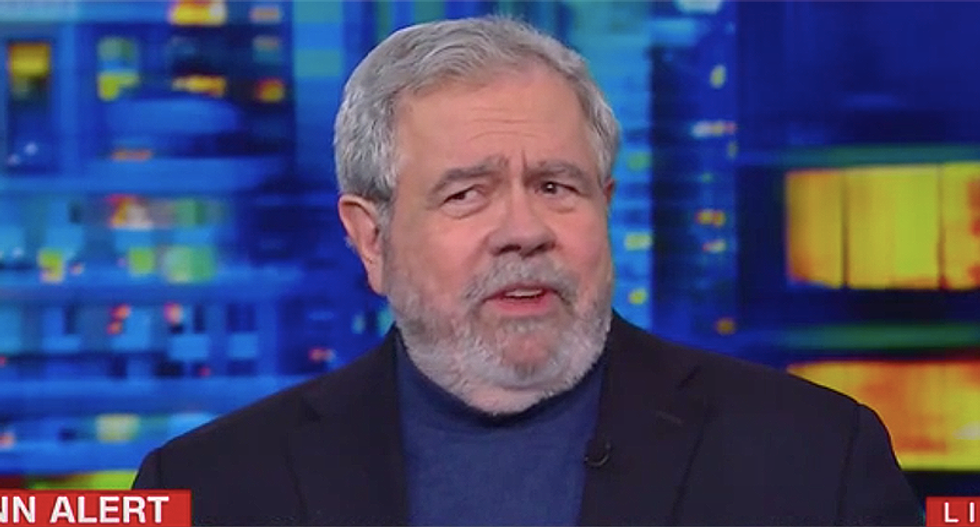 Pulitzer Prize-winning reporter David Cay Johnston has covered Trump for over 30 years and has considerable insight into the nature of the president and his state of mind.

In an interview Sunday, Johnston explained that as a control freak, Trump has a hard time when he's not running the show. In the case of the government, or the impeachment scandal, Trump is not only not in charge, he's floundering.

"The right word is terrified," Johnston said of Trump. "Donald is not in control here. He's never had a board of directors to report to, except for his casino company when they were a nominal board. He's always been his own boss, and he can't control this. And he has no idea what the system is really about. Remember he's said he's going to go to the courts and have them stop this, which cannot happen under the Constitution cannot happen. So, Donald is terrified, and he doesn't know what to do because he has no idea what the job of president actually is."

CNN host Erin Burnett noted that Trump has long had an obsession with presidents who had to face impeachment.

"In his own mind, remember, Donald believes he should be running not just the United States, but the whole world," Johnston explained. "And he regularly reminds us that he thinks everybody else unless they're completely bowing down to him are idiots, a phrase he often uses. So, to realize he's about to be stained with impeachment, even if he's not convicted in the Senate, is very disturbing and troubling to him. And if he is convicted and removed from office, he's going to have a very hard time dealing with this. And I would argue that the Republicans are sending signals to find a way for us to vote him out."