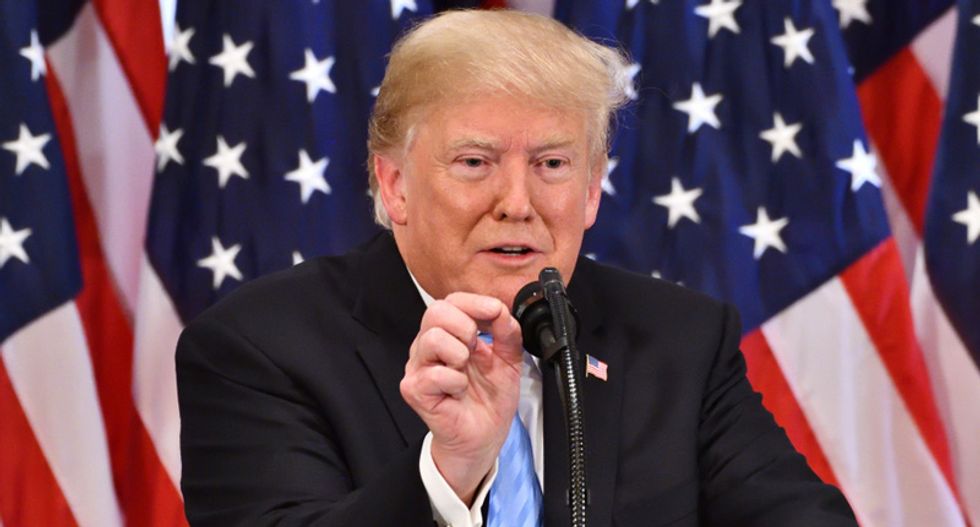 President Donald Trump has alienated Evangelical Christians and Kurds over his decision to allow Turkish ethnic cleansing in Syria. His political problems with both groups expanded on Tuesday after actions by the Trump Organization.

"A Christian aid group that planned a gathering to honor and pray for the Kurdish people at President Trump’s hotel in Washington were told by hotel staff this week that the event was canceled, according to two members of the aid group," Washington Post reported Tuesay. "The event, called 'A Night of Prayer for the Kurds,' was to be hosted by Frontier Alliance International (FAI), a religious nonprofit group that provides medical help in the Middle East, including to the Kurds, according to its website."

Trump has received public pushback from Evangelical supporters of the Kurds.

"I am absolutely appalled that the United States is going to betray those democratic forces in northern Syria ... T… https://t.co/svZVT2aSvS
— RELEVANT (@RELEVANT)1570537264.0

The cancellation came two days after the group's founder, Dalton Thomas, posted a video defending the decision to hold the event at Trump's Hotel despite his abandonment of America's Kurdish allies.

"We’ve been bombarded with emails and responses on social media and phone calls of people who are understandably confused by why we would choose to do [the event] at this location, at Trump hotel, which is owned by the president who made this decision that is causing so much bloodshed and turmoil right now for the Kurds,” Thomas said in the video.

“It’s their prerogative to cancel. I think it’s a shame they used that prerogative though as this was an opportunity for the Trump administration,” Thomas said. “It seems as though they set out to ‘[snatch] defeat from the jaws of victory’ this month on everything.”