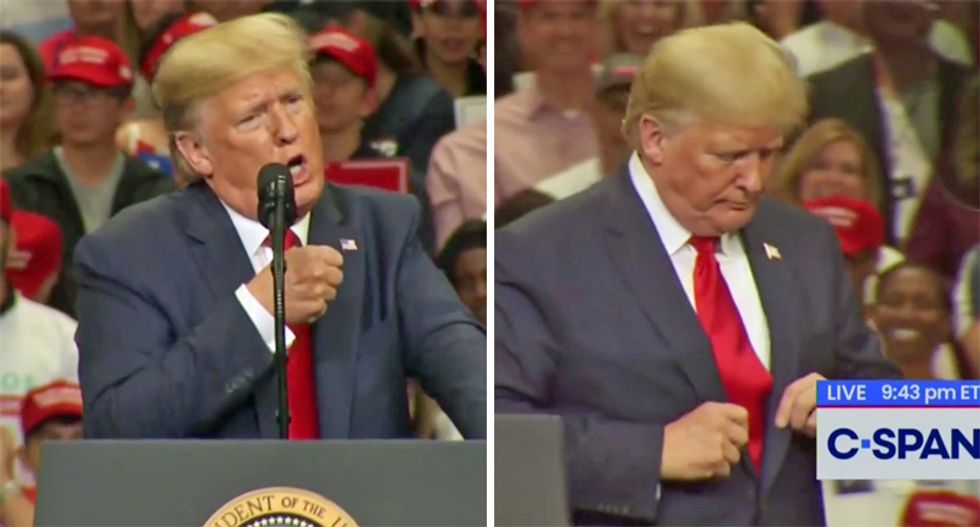 Trump showed the crowd his impersonation of a president of the United States -- and a CNN anchor.

"No guns. No religion. No oil. No natural gas," Trump said. "Abraham Lincoln could not win Texas under those circumstances. Couldn’t do it."

In fact, Abraham Lincoln could not win Texas when he ran for president as the state refused to print any ballots with his name.

He then showed the audience two impersonations as part of his 87-minute speech.

"I used it to say, I can be more presidential. Look," Trump said, as he shuffled awkwardly on stage.

"All you have to do is look like a stiff," he said.

He then impersonated a CNN reporter saying, "Texas is in play."

That was a common theme in the speech, that Texas was not in play, despite the fact a Republican president had just flown to Texas for a campaign rally.