Trump should be very worried about retiring GOP lawmakers who no longer fear him: Ex-Obama official 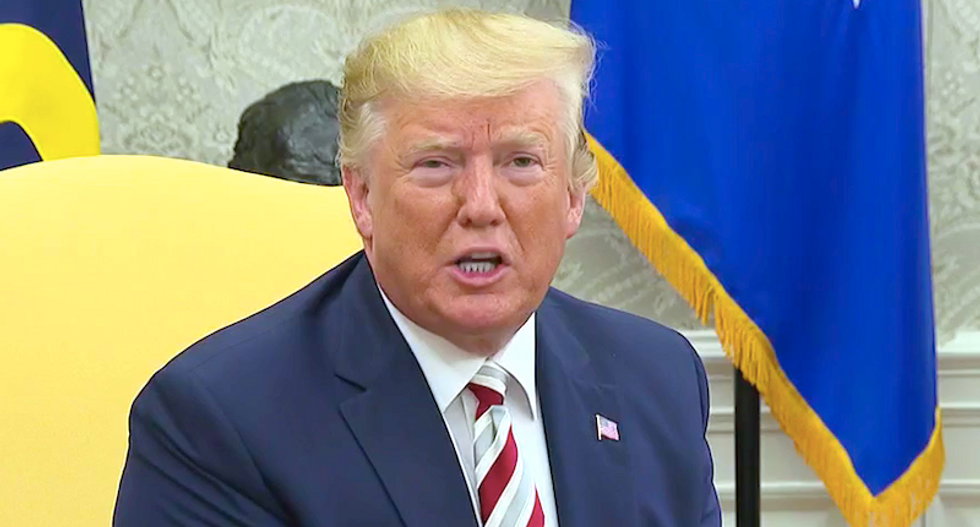 On MSNBC Saturday, former Obama Deputy Secretary of Labor Chris Lu said that when it comes to impeachment, the Republicans President Donald Trump should fear most in a trial are those who are retiring from office soon.

"Politico is putting out a report ... titled "Vow of impeachment silence spreads in Senate," talking about how some Republican senators, that would include Lamar Alexander and Susan Collins, that they're pointing to their potential roles as jurors when asked about their views on impeachment," said host Alex Witt. "Should Democrats interpret that silence as meaning that their votes are up for grabs or not?"

"You know, look, in this Trump era, it's hard to find many examples of Republicans exercising political courage and standing up against the president," said Lu. "I would say what the president really should be concerned about, probably Susan Collins, but really, Lamar Alexander and other Republicans that are retiring, not only in the Senate and the House, because for them, they don't have to fear the wrath of Trump and his base."

"And as you see this increasing number of House Republicans, most recently Congressman Francis Rooney, who's been critical of President Trump as well, saying he's not running — this is kind of a wild card group of people who both either in the House or the Senate could potentially vote on impeachment charges," said Lu. "But again, the past record of Republicans defying the president hasn't been great."

A Chinese spy balloon has been spotted over Latin America, the Pentagon said Friday, a day after a similar craft was seen in US skies, prompting the scrapping of a rare trip to Beijing by US Secretary of State Antony Blinken.

The Pentagon said the first balloon was now heading eastwards over the central United States, adding it was not being shot down for safety reasons.

A Chinese scientist involved in the first instance of editing babies' genes admits he moved "too quickly" with the unprecedented procedure.

He Jiankui was fired by his university in Shenzhen, found guilty of conducting "illegal medical procedures" and sentenced to three years in prison after announcing in 20218 that he had edited the genes of twin girls Lulu and Nana before their birth, but he stopped short of expressing regrets in an interview with The Guardian.