Trump spirals into deranged conspiracy theory when asked about Giuliani: 'I want to see the server' 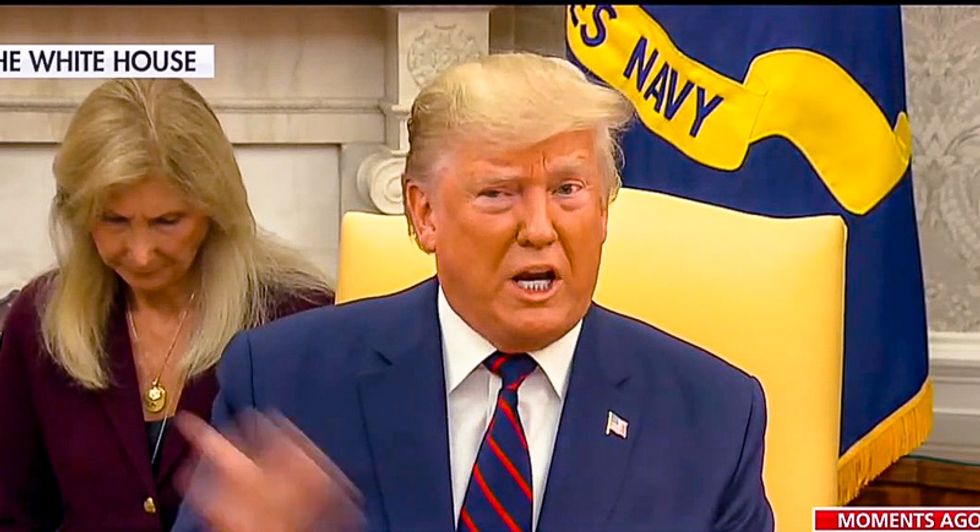 President Donald Trump on Wednesday blurted out a nearly incomprehensible conspiracy theory about the 2016 election.

Trump sidestepped the question and launched into a rant about "corruption" in the 2016 election.

"The election I won but it was corrupted by things that took place in government. Now we’ll see what happens," Trump remarked as he explained that he anticipates an upcoming Inspector General report to name former FBI Director James Comey and, perhaps, "Obama himself."

Trump then talked about his fixation with a DNC server that was hacked by Russians on his behalf during the 2016 election.