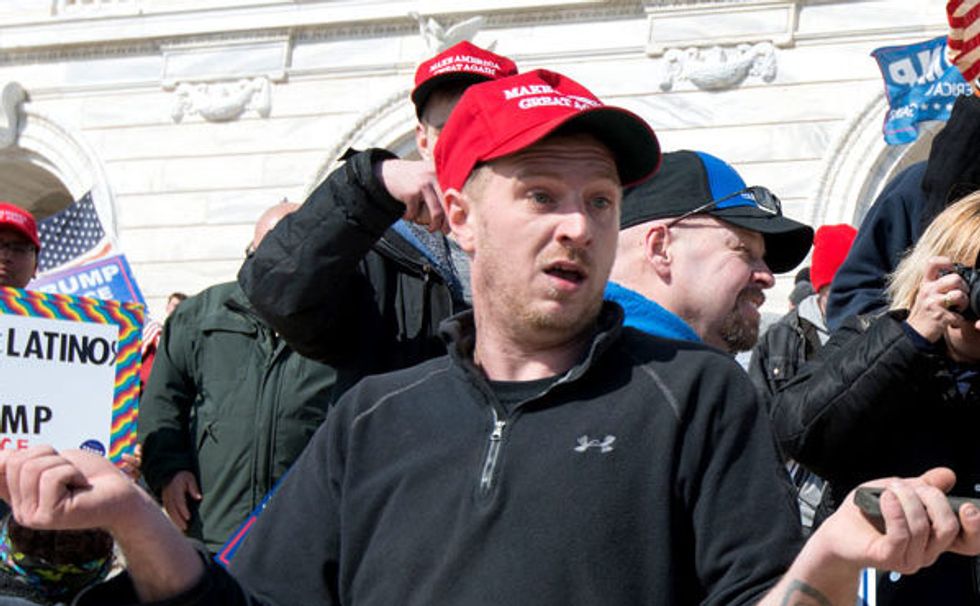 Hundreds of Trump supporters this week were left stranded by bus company U.S. Coachways after the organizers for a "March for Trump" rally in Washington D.C. failed to pay them.

The Daily Beast's Will Sommer reports that the Trump supporters had expected U.S. Coachways to pick them up and bring them to D.C. where they were set to rally against House Democrats' impeachment inquiry. After the buses never showed up, however, Trump supporters claimed that the bus company was part of a "deep state" conspiracy aimed at silencing their voices.

"We want to get people down there," he said. "But unfortunately, payment is required."

This did not stop Trump supporters from claiming that the company was part of a sinister plot to silence them, however.

"We are incredibly disappointed at US Coachways, their actions prevented hundreds of Americans from exercising their first amendment rights and to have their voices heard," Women for America First, the organization behind the anti-impeachment rally, said in a statement.

Sommer reports that some Trump supporters took to social media to accuse U.S. Coachways of being part of a diabolical plot to overthrow the American government.

"Guess what, you lefty, soy-drinking latte pieces of sh*t: You’re not taking this country,” said one Trump supporter in a YouTube video posted this week. “It ain’t going to happen.”