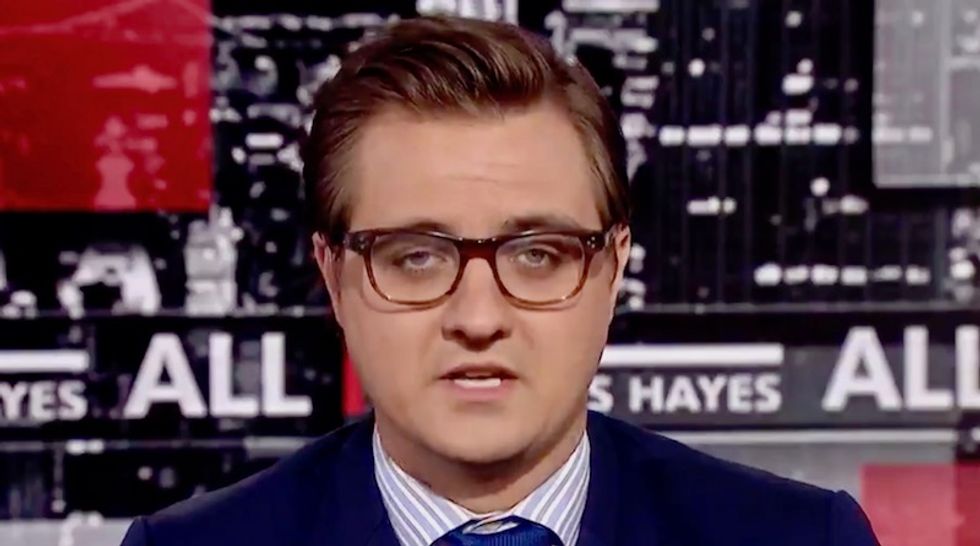 On Thursday's edition of MSNBC's "All In," anchor Chris Hayes discussed the weaponization of President Donald Trump's State Department for political purposes with Rebecca Ingber, a law professor and former State Department lawyer.

"As someone who — you were in the legal department of the State Department, right, and you also write about sort of the civil service and government and bureaucracy, so you have sort of a scholar on this and a practitioner’s view," said Hayes. "What is your reaction to watching what appears to have happened to the State Department’s instruments of coercion for foreign policy being sublimated to the president’s political will?"

"There’s a lot going on there," said Ingber. "So the story of the State Department until this point has been one of systematic gutting of civil servants, the concern people raised with that is career civil servants is there to, a, know what’s normal but to actually be able to promote U.S. values abroad and to continue the institutional memory of the State Department and those norms that we’ve been talking about and their importance. And now we see that there’s a whole range of state departments in the works here. And we’ve seen Secretary of State Pompeo on the phone call, we see the I.G. separately racing off the Congress to deliver this packet, and we don’t know entirely what the meaning is yet."

"I think what you’re seeing is this is deeply problematic on two levels," continued Ingber. "The first is that the influence of high-level actors at the State Department, intertwined with the president’s personal lawyer means the president is using all the power of the state—"

"Of the government," agreed Hayes.

"He’s using the power of the state for his own political purposes," continued Ingber. "And the second level is all the stuff the State Department is supposed to be doing, including Trump’s political appointees, they’re not doing."