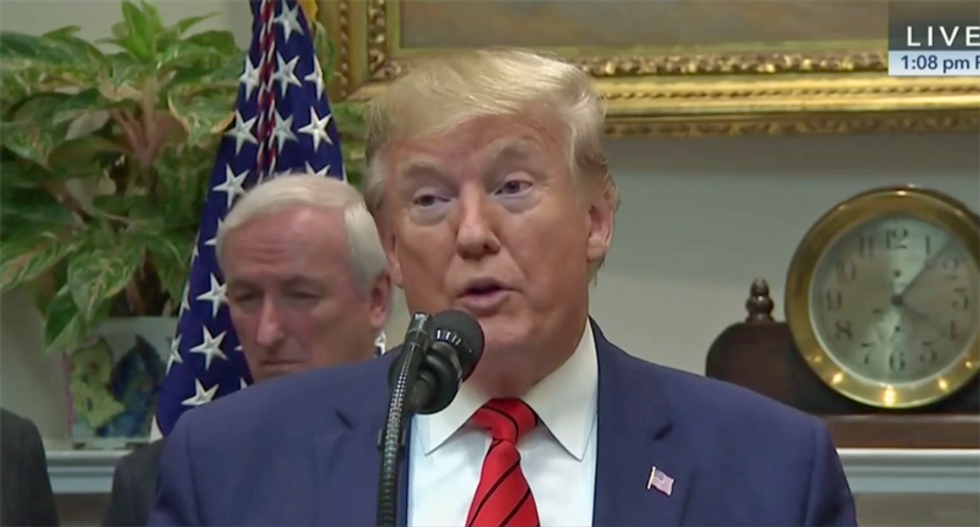 President Donald Trump wants Turkey to act in a "humane manner" while conducting an expected ethnic cleansing campaign against the Kurds in Syria.

Trump made the comments in the Roosevelt Room of the White House following an event on cutting government regulations.

Trump was asked about a proposal by Sen. Lindsey Graham (R-SC) to impose sanctions on Turkey over their invasion of Syria.

"Lindsey and I feel differently, I think Lindsay would like to stay there for the next 200 years, maybe add a couple hundred thousand people every place. But I disagree with him on that. But I will tell you that I do agree on sanctions. But I actually think much tougher than sanctions, if he does not do it in a humane way," Trump argued.

"What is the humane way, what does that mean?" a reporter asked.