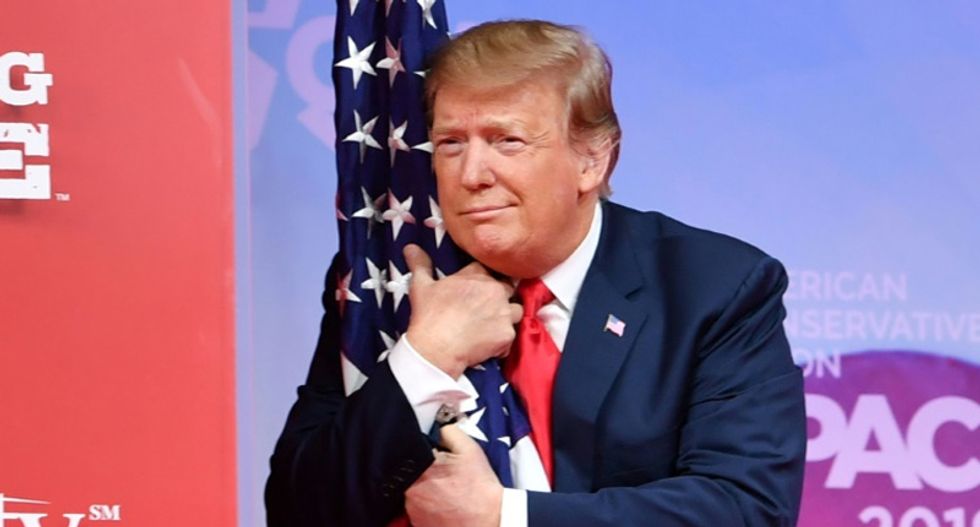 The White House has just published an official, albeit unsigned, statement responding to Thursday morning's House successful vote authorizing the rules of the impeachment inquiry – effectively setting the stage for the impeachment of President Donald Trump.

As expected, it's filled with falsehoods.

"The Democrats want to render a verdict without giving the Administration a chance to mount a defense," the White House claims, disregarding the fact that Trump will get tremendous opportunity at trial - in the Senate - to mount any defense he wants, as the Constitution provides.

"That is unfair, unconstitutional, and fundamentally un-American," the White House claims, falsely.

The White House also repeatedly cries Trump is being robbed of his "due process" rights, which again is false.

Related: Pelosi Lays Down the Law on Impeachment: ‘These Rules Are Fairer Than Anything That Have Gone Before’

"Speaker Pelosi and the Democrats have done nothing more than enshrine unacceptable violations of due process into House rules."

Trump will be granted due process when the Senate trial begins – after the House votes whether or not to impeach. 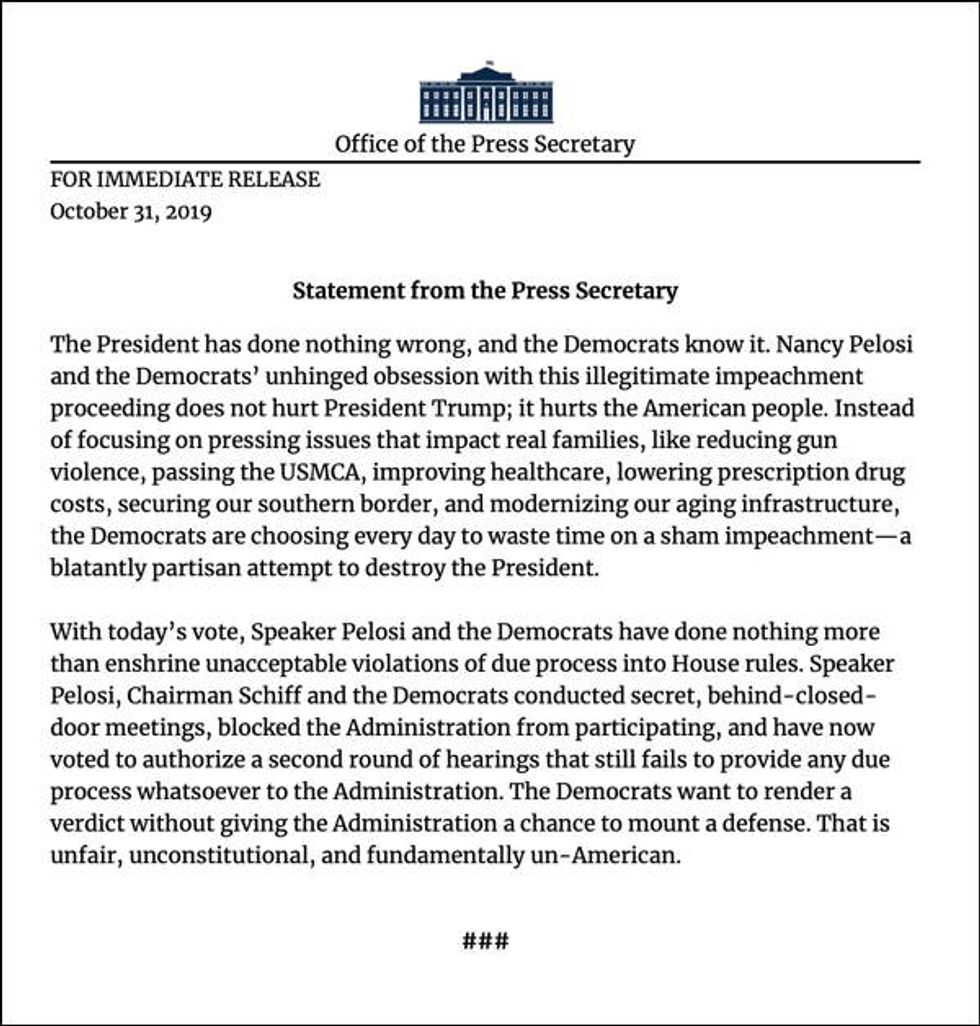 Image by Steven Damron via Flickr and a CC license