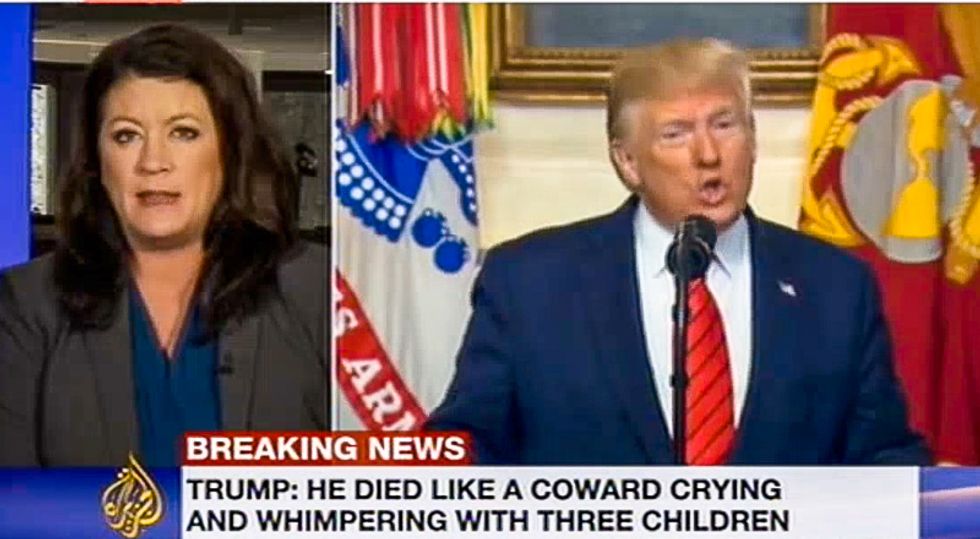 During a Sunday morning press conference, Trump explained that he had watched the killing on video, which he said was "amazing" and "like a movie."

He went on to viscerally describe the death of al-Baghdadi as being "like a dog."

"The president did something that we don't see U.S. presidents do," Culhane explained following Trump performance. "He used language that is going to really incite al-Baghdadi's followers if they hear it. He called him a dog, said he died whimpering like a coward, said he wished he could show the video so that people could see exactly how he died."

Culhane also noted that Trump had revealed that al-Baghdadi had three children with him when he died by detonating a suicide vest.

"He gave a lot of details about that, used very crass language," the Al Jazeera reporter said, "again called him a dog. And then he did say they took pieces of his body with them -- the special [operations] forces soldiers. Again, there's concern in Washington that this is not the kind of language you wanted to use unless the goal is really to incite the people who followed him."

Fox News reported on Sunday that officials believe there is a greater risk of ISIS terrorist attacks on Americans in the wake of Trump's press conference.

Watch the video below from Al Jazeera.