US troops withdrawn from Syria will 'temporarily' go to Iraq: Defense Secretary 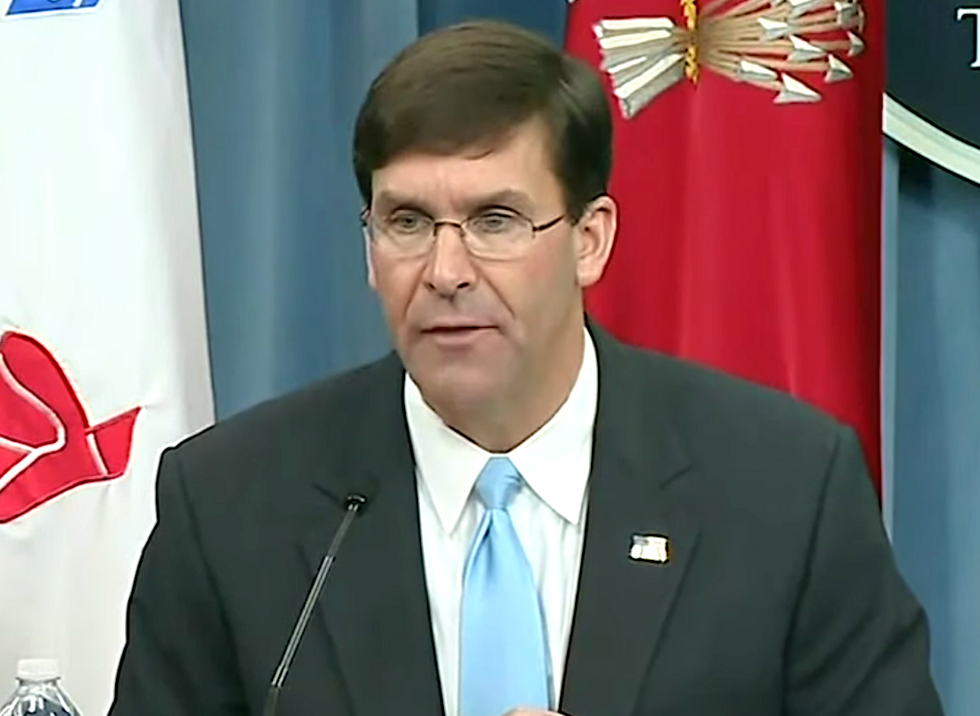 Speaking to CNN's Christiane Amanpour at the Prince Sultan Air Base in Riyadh this Tuesday, Defense Secretary Mark Esper said that US troops withdrawn from Syria's northeast region will "temporarily" be transferred to Iraq before returning home.

"We're conducting a phased withdrawal -- deliberate phased withdrawal from northeast Syria," Esper said. "We will temporarily reposition in Iraq pursuant to bringing the troops home. And so it's just one part of a continuing phase, but eventually those troops are going to come home."

Esper's comments come in the wake of reports that the Iraqi military stated that US troops withdrawing from Syria do not have permission to cross the border into Iraq.

“All U.S. forces that withdrew from Syria received approval to enter the Kurdistan Region so that they may be transported outside Iraq. There is no permission granted for these forces to stay inside Iraq,” the statement read.

Esper also said that a contingent of US troops will remain in Syria to protect oil fields in the country.

"Right now, the President has authorized that some would stay in the southern part of Syria," Esper said. "And we're looking maybe keeping some additional forces to ensure that we deny ISIS and others access to these key oil fiends also in middle part of the country, if you will. But that needs to be worked out in time. The President hasn't approved that yet -- I need to take him options sometime here soon."