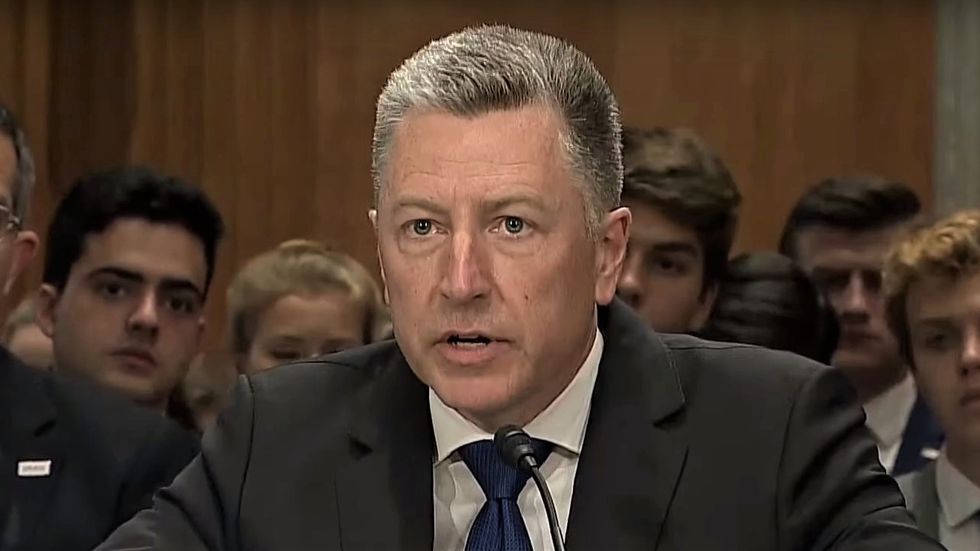 Newly revealed text messages show that the top U.S. diplomat to Ukraine expressed concerns about the Trump administration withholding aid to the country for political purposes.

ABC News reports that the text messages were revealed as part of a document dump by Kurt Volker, who last week resigned as the Trump administration's special envoy to Ukraine.

In the text exchange obtained by ABC News, Bill Taylor, the top U.S. diplomat to Ukraine, told a group of fellow American diplomats that "I think it's crazy to withhold security assistance for help with a political campaign," a reference to the Trump administration's decision to put a hold on aid to Ukraine.

Gordon Sondland, the United States Ambassador to the European Union and a major donor to Trump's inaugural committee, then responded to Taylor by insisting that there was no "quid pro quo" with the Ukrainian aid and asked Taylor to stop talking about the issue over text messages.

According to ABC News, Sondland "contributed over $1 million to the president’s inaugural committee before eventually being nominated and confirmed to the top role as the United States representative to the European Union."

Taylor, in contrast, is a career foreign service officer who was appointed last May to serve as America's top diplomat in Ukraine after the dismissal of Ambassador Marie Yovanovitch.