WATCH: Ben Carson thanks God for Trump in bizarre prayer -- and then asks Him to 'Keep America Great' 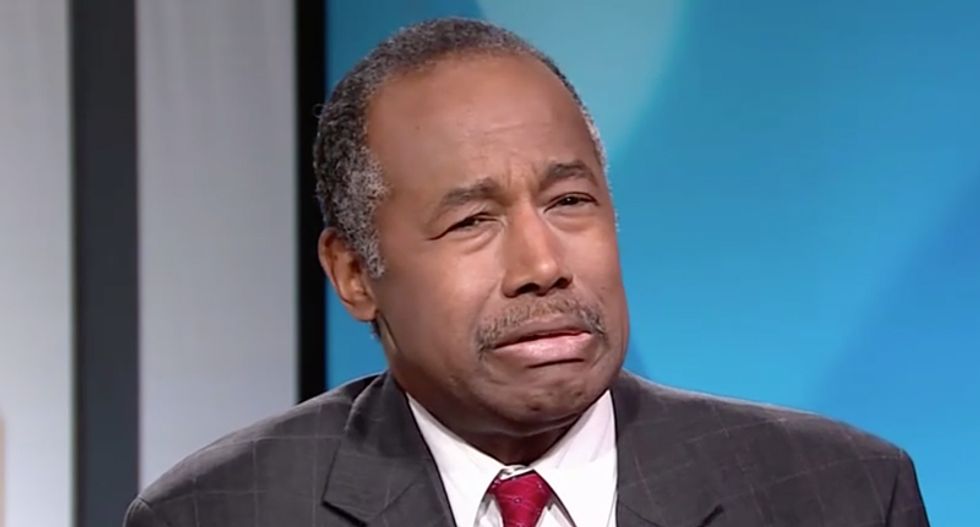 Housing and Urban Development Secretary Ben Carson on Monday opened up the White House cabinet meeting with a bizarre prayer that explicitly thanked God for the existence of President Donald Trump.

Carson began his prayer with a standard invocation thanking God for "the blessings that you have bestowed upon this country."

After that, though, Carson gave God a thumbs-up for the work He's done in putting Trump in the White House.

"We thank You for President Trump, who also exhibits great courage in face of constant criticism," Carson said. "We ask you give him strength to endure and wisdom to lead and to recognize you as the sovereign of the universe, with the solution to everything."

For good measure, Carson even managed to work the president's 2020 campaign slogan into the prayer.

"Give us all an understanding heart and a compassion, those are the things that will Keep America Great," he said.