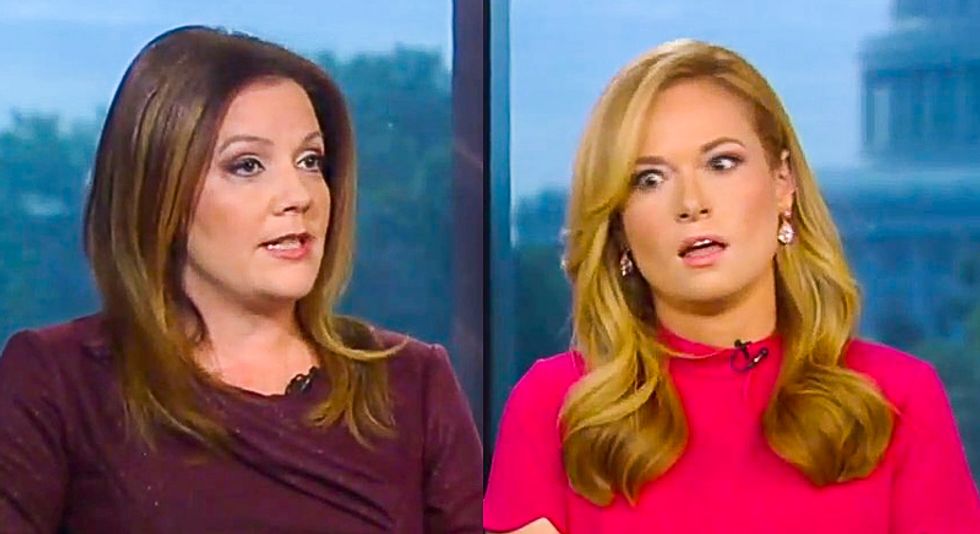 During the Sunday MediaBuzz program on Fox News, host Howard Kurtz noted that President Donald Trump had lashed out at a Fox News poll finding 51% support his impeachment and removal.

"Fox News Channel's polling unit is one of the strongest in the country," Turner explained. "So the idea that the Fox News polling unit has somehow become corrupted by Democratic politics is insanity."

"It's not wrong to be skeptical of polling," Mollie Hemingway of The Federalist interrupted. "I just want to point out that Fox News said that Joe Donnelly was would win his Senate race by seven points -- he lost by six points."

As Hemingway spoke, Turner responded by rolling her eyes.

"Polls are often wrong but that doesn't mean that you attack pollsters," Turner said.

"They are also used to push certain story ideas," Hemingway continued. "And that's a problem too."