'We've got a queer running for president!' Tennessee official bursts into a racist, anti-gay rant at council meeting 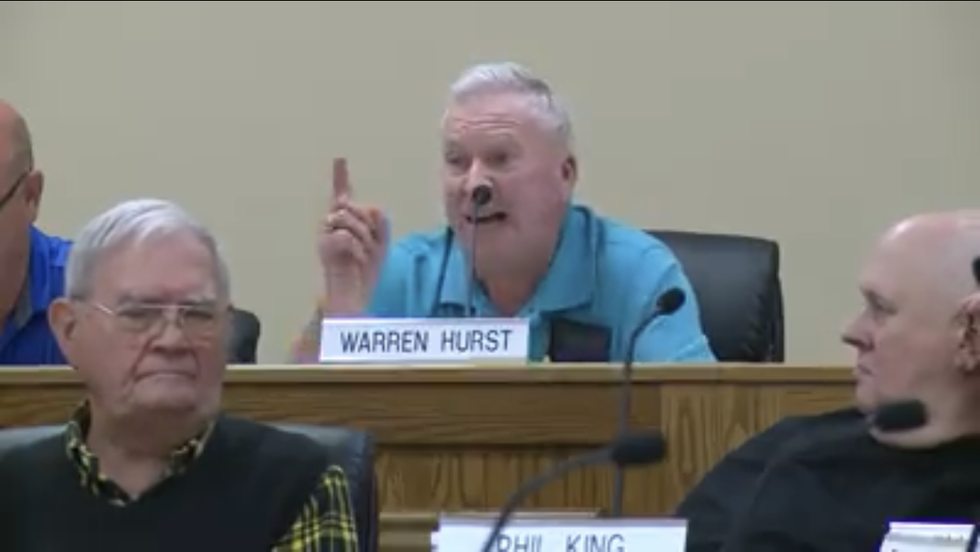 On Monday in Sevier County, Tennessee, during a county commission meeting to discuss a pending vote to become a gun sanctuary city, Commissioner Warren Hurst exploded in a racist, homophobic tirade that stunned onlookers.

"It's time we wake up people, it's time, it's past time," said Hurst, in footage originally captured by WVLT News. "We got a queer running for president, if that ain't about as ugly as you can get. Look what we got running for president in the Democratic party. We can go over here to [Sevier County Sheriff] Hoss' jail and get better people out of there than those running for Democratic [sic] to be president of the United States."

Presumably Hurst is referring to South Bend Mayor Pete Buttigieg, who is a married gay man.

Many in the audience clapped at Hurst's speech, but one woman got up and stormed out, saying "Excuse me. This is not professional. This is bullsh*t."

Hurst continued on. "I'm not prejudice [sic], a white male in this country has very few rights and they're getting took more every day."

Hurst later insisted to reporters that he isn't racist, and some of his best friends are African-Americans.