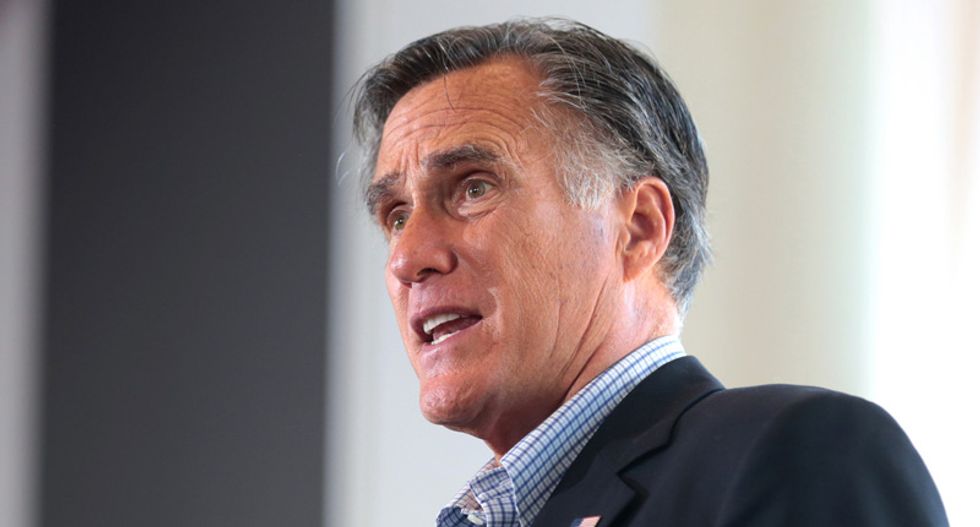 U.S. Senator Mitt Romney (R-UT) is getting scorched after posting a tweet many see as incredibly weak and unproductive in the face of President Donald Trump’s abrupt withdrawal of American military forces from Northern Syria. Trump’s move “blindsided” the Pentagon and has already resulted in the death of at least seven Kurdish civilians.

“Reports indicate Turkey is predictably attacking the Kurdish allies we abandoned,” tweeted Senator Romney, who sits on the Senate Committee on Foreign Relations. “It’s a tragic loss of life among friends shamefully betrayed. We can only hope the President’s decision does not lead to even greater loss of life and a resurgence of ISIS.”

The Senator from Utah is a Republican party elder and considered a senior statesman, having been the GOP presidential nominee and a governor.

Romney is also the Chairman of the Senate Foreign Relations Subcommittee on Near East, South Asia, Central Asia and Counterterrorism, which means Trump’s move is entirely in Romney’s wheelhouse, and he has the power to do more than “hope.”

Many clearly expected more, and were not shy about making that clear. Some used the opportunity to insist Romney actively support Trump’s impeachment, while others scolded him for not taking a stronger stance.

You can do more than hope. You can take steps to remove him from office. https://t.co/OEdGAhZaQG

It’s really too bad our founders didn’t give Congress a sweeping array of powers to prevent a tyrant from abusing the office of the president. https://t.co/JYhYeOH7In

Yes all we can do is hope. If only there were someone in a position to hold him accountable.

Goddamn Mittens. You are such a cowardly little bitch. It’s truly pathetic. https://t.co/Jkt35ylRYr

You are a United States Senator. You can do more than “hope.” https://t.co/zOaNEALPmL

Mitt Romney is a coward https://t.co/3PO5GPOCCP

Maybe if you called your Utah Senator, Mike Lee, he could help you? https://t.co/hOPgJpn8ZW

We can only hope? Wait, aren’t you also a senator, or is that just on Twitter? https://t.co/kqQZ9V8SuS

You can only hope, huh?

Yup. Thats the @gop for you.

You could have at least typed “thoughts and prayers.” https://t.co/dLrwT1o3Ef

More “Profiles in Chickenshit”, courtesy of @SenatorRomney. His worthless statements won’t save a single Kurdish life. If ISIS reemerges, every single @GOP member should be held accountable. They could remove this malignant actor, & they refuse. “Thoughts & prayers”, right? https://t.co/WR9qiBLQP3

Hope is a very low state. It’s what one does in lieu of taking action. Trust is oh so much better than hope.

I TRUST you will take the action to REMOVE #littlemantrump

from office before hope and trust are destroyed https://t.co/yuaQGNxCOm

Really? This is all you’ve got to say? Wow, are you worthless. https://t.co/xq8secDQX5