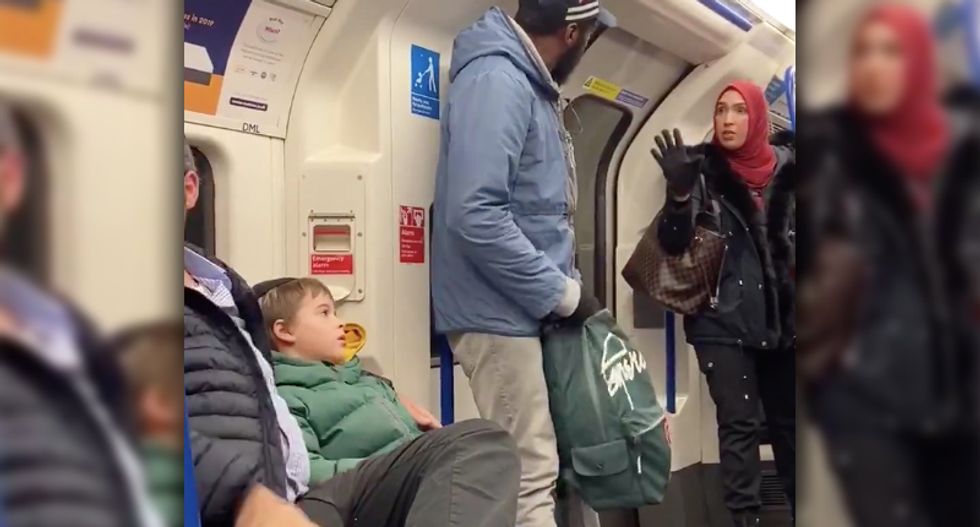 A scene was captured on video this week when a man was harassing a Jewish family on the British subway with anti-Semitic comments, Sky News reported.

In the video posted online by Chris Atkins, a man can be heard reading a passage from the Bible about "the synagogue of Satan" to another man and a child wearing yarmulkes.

“Just ignore him,” the father can be heard saying to his son.

That's when another passenger approached the scene, and an outburst followed.

“You get out of my face, or I’m going to smack you right in the nose! Back up from me!” the man harassing the Jewish family said. “I’m not no Christian pastor.”

A woman wearing a hijab then stood to interrupt the man's rant.

"There's (sic) children here," she can be heard saying in the video.

“Listen, these people are impostors, trying to claim our heritage,” he claimed.

According to a Sky News interview, the woman, Asma Shuweikh, said that she witnessed the entire incident from the time the Jewish family sat on the train until she intervened. The man was mostly harassing the boy, she explained, and she feared he might become "very violent."

“I thought, if I reason with him and talk to him and pretend that I’m sympathetic with what he’s saying, maybe I can defuse the problem because he was actually talking to a little boy,” she said.

She noted that he did become more aggressive off-camera.

"I did start to panic when he came up into my face, but I managed to keep a calmness (sic) and keep trying to defuse the situation,” she told Sky News. "If it had been me, I would have liked someone to stand up for me."