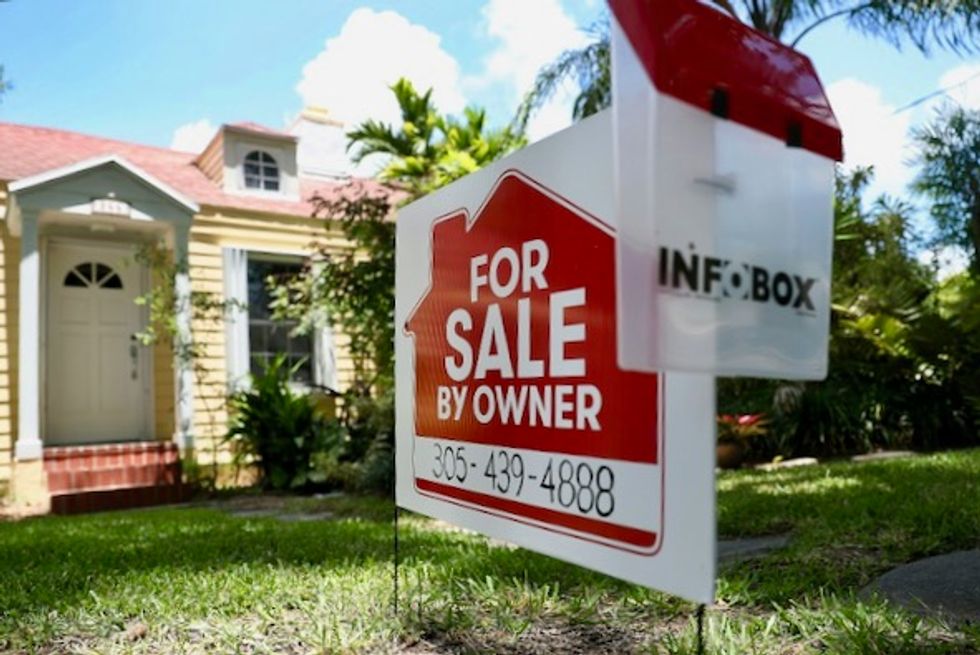 Americans are waiting longer to buy their first homes, have more debt and more often need family help to make the purchase amid a supply crunch that is pushing up prices, according to a new data released Friday.

But African Americans and Hispanics continue to make up a very small share of homebuyers in the United States, far below their share of the population, according to National Association of Realtors report.

While low interest rates have made mortgages more accessible, and historically low unemployment means more Americans have a steady paycheck, the influx of buyers combined with a shortage of workers means homebuilders have not been able to keep up with demand.

NAR has long highlighted the shortage of homes on the market but the report puts the implications of that problem in stark relief.

African Americans comprise just four percent of homebuyers, despite making up 13 percent of the US population, the report said.

Hispanics make up seven percent, while they are 18 percent of the population.

"There's no way to sugarcoat how low the Hispanic and African American homebuyers (rate) has been and... how far it's fallen from before the recession to today," said Jessica Lautz, NAR's vice president of demographics and behavioral insights.

With homeownership for blacks in particular at historic lows, this has "very large implications for their ability... to build wealth and to be able to build a nest egg," Lautz told AFP.

She notes research showing minorities are less likely to apply for a loan, more likely to be denied for mortgages and less likely to have family help, "which is a key down payment source for first time homebuyers today."

One third of first-time homebuyers have family help for their down payment, either through a gift or a loan, she said.

At the same time, African American first-time homeowners "have significantly more student loan debt than white homebuyers do... which is in a significant hurdle, holding back many potential buyers."

The report showed 39 percent of first-time buyers had student loan debt, a median amount of $30,000.

NAR Chief Economist Lawrence Yun stressed that the housing shortage is a key factor driving the problems with affordability.

Since many first time buyers need family help "what does that mean for American families that don't have deep pockets," he told reporters.

Yun said he expects home building to accelerate modestly in 2020, which will "open up a chain reaction in existing home sales."

He predicted a four percent uptick in home sales next year.

The report also showed that more buyers are waiting longer before buying their first home -- the median age hit 33 for the first time -- and an increasing number are joining forces with friends rather than partners or spouses in order to be able to afford a place in their desired location, the report showed.

There is "a growing share of people who are embracing homeownership through unique means, purchasing with a non-romantic partner," Lautz said.

About one in 10 home buyers purchased a multigenerational home, to take care of aging parents, because of adult children returned home, and for cost-savings, the report showed.

First-time homebuyers held steady at 33 percent of all buyers, a measure that for the past eight years has been below the historic norm of 40 percent.