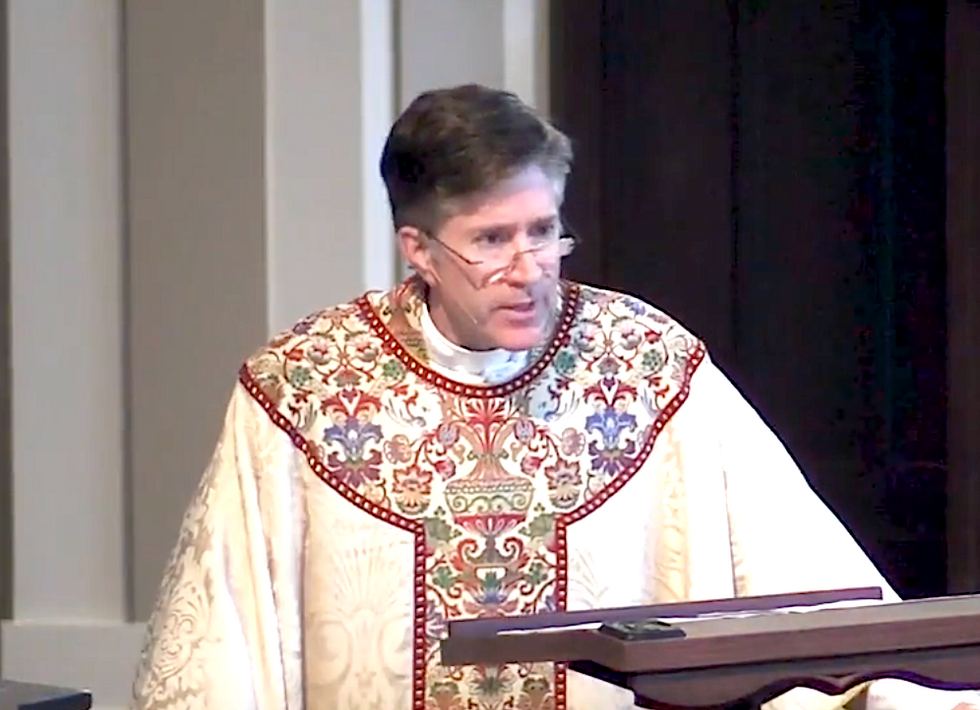 The founder of St. Peter's Anglican Cathedral in Tallahassee, Florida, has been removed from the priesthood after a report revealed his penchant for sexually harassing men at his church, ABC's WTXL reports.

Father Eric Dudley, who has a history of pushing anti-LGBT ideology, resigned from his position as dean of the cathedral back in 2018, but a recent investigation by the Godly Response to Abuse in a Christian Environment (GRACE) found that he engaged in sexual misconduct against several young men under his authority. The new revelations resulted in his removal as a priest of the Anglican Church in North America.

According to GRACE's report, soon after Dudley founded his church, four individuals came forward with allegations of misconduct, which resulted in his resignation.

"...some of the gifts that Father Eric [Dudley] bestowed upon the victims included all of their meals and drinks together, books, tuition for college course, a clothes shopping spree, a used car, airline tickets, one of his personal cassocks valued at $1,500, sometimes compliments of the rector's discretionary fund," the report states.

As Dudley's grooming of his alleged victims progressed, he eventually began engaging in physical contact with them, such as putting his head in their laps, holding hands, or touching their feet and caressing them.

"Part of me is going like, ‘This is super strange. That’s weird,'" one of the victims told GRACE investigators. "And another part is going, ‘This can’t be happening. Eric is known as the guy who hates gay people. We’re the church that built our church based on anti-homosexuality. He kind of has a caricature out there, so no way this guy is coming onto me, I’m misreading him. I’m misunderstanding this situation.'”

In an apology letter, Dudley asked for forgiveness "from those affected by my inappropriate actions."

"Please pray for their peace," his letter read. "I also apologize to this congregation and the church. I am deeply sorry and have earnestly repented before God."