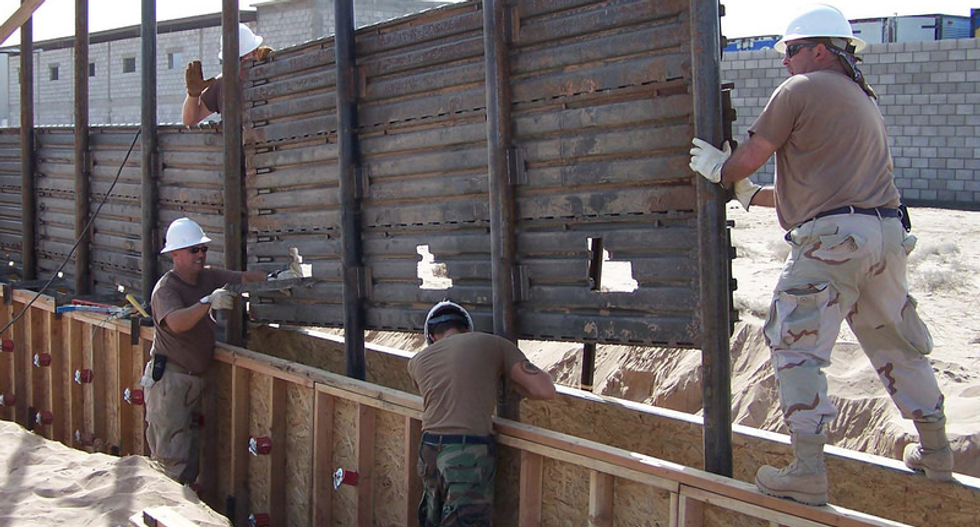 On Saturday, the Washington Post reported that smugglers have sliced holes in the new sections of Trump's border wall with a common and readily available power tool, large enough for people and drugs to pass through.

"The breaches have been made using a popular cordless household tool known as a reciprocating saw that retails at hardware stores for as little as $100," reported the Post. "When fitted with specialized blades, the saws can slice through one of the barrier’s steel-and-concrete bollards in a matter of minutes, according to the agents, who spoke on the condition of anonymity because they were not authorized to speak publicly about the barrier-defeating techniques."

President Donald Trump's signature promise — building a "big, beautiful wall" on the Mexican border — has not gone according to plan. Trump long ago gave up on making Mexico pay for the wall, and instead declared a national emergency and raided the military construction budget to move forward with the project. Even as it stands, engineers have mostly just upgraded or replaced existing fences, and CBP estimates that by the end of next year, only 110 miles of completely new barriers will have been constructed.

But it seems that even as these barriers go up, they are immediately compromised.