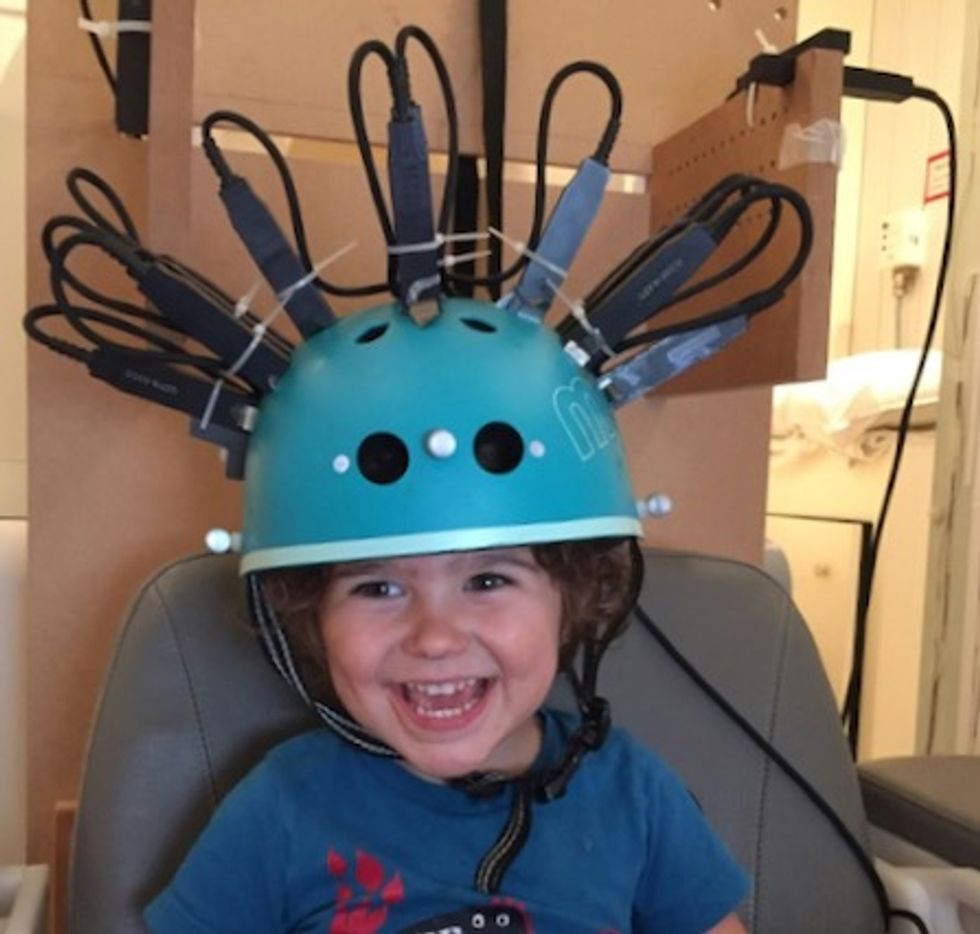 Scientists have used a modified bike helmet to create a device that can monitor brain activity in children in realtime.

The technology may eventually be used on patients with neurodevelopmental disorders such as autism and epilepsy, they reported Tuesday in Nature Communications.

With standard equipment, it is very difficult to scan children under the age of eight, said Matthew Brookes, who worked on the device and authored the report.

"This is because in younger children, their heads are too small to fit the scanner properly and that means loss of data quality," he told AFP.

The device is equipped with small, lightweight sensors that prevent the scan from being affected by head movement.

Children can wear replicas of the helmet while at home to reduce anxiety during the scanning, the researchers said.

The technology isn't limited to children.

Brookes and his colleagues used larger versions of the device to record brain activity on a teenager playing video games, and a 24-year-old playing the ukelele.

Brookes said his colleagues at University College London were working on the clinical use of the MEG device -- including diagnosis and surgical mapping -- for adults and children with epilepsy.

He is hopeful that applications can be expanded to other conditions, such as brain injury, mental health and dementia.

"Obviously at the moment it remains nascent technology and is in the hands of clinical researchers. However, we hope that it will be used to scan patients within two to three years," Brookes said.