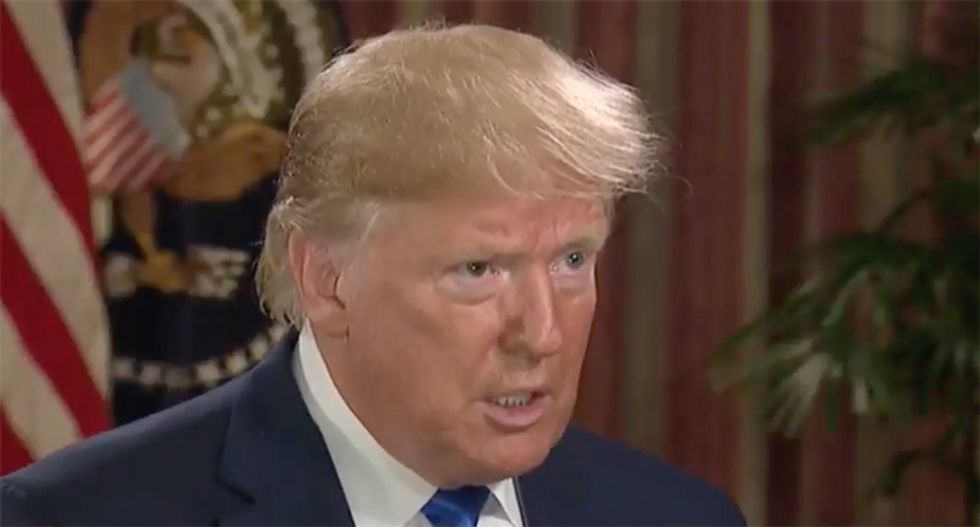 In an article for the Washington Post on Tuesday, reporter Lisa Rein analyzed the dire choice facing many career civil servants in the Ukraine scandal — by coming forward, they risk reprisal and public abuse from President Donald Trump.

Nevertheless, many, like Lt. Col. Alexander Vindman, diplomat William Taylor, and National Security Council official Fiona Hill, are doing so. And Rein broke down how significant this is.

"Historians say this is the first time in modern history — including in previous impeachments of U.S. presidents — that career public servants are serving en masse as protagonists in a Washington political drama," wrote Rein. "Political appointees, not bureaucrats, eventually turned on Nixon. The secret informant in the Watergate scandal was a career FBI official, but his role was not revealed for decades. 'There’s no exact parallel to these government employees who are going to the committees and testifying,' said Chris Whipple, author of 'The Gatekeepers,' a history of White House chiefs of staff."

The simple reason so many are coming forward, wrote Rein, is that while these officials work for the president, they also take an oath to the Constitution — and "the cultures have never been more at odds."

But that doesn't mean the choice for them is easy. University of Texas public affairs professor Donald Kettl warned "There's enormous potential for retaliation. They could be shunted aside. It could destroy someone's career."

"The career employees who have corroborated the account of the CIA officer whose whistleblower complaint set off the inquiry cannot be fired for answering a congressional subpoena to testify," wrote Rein. "But they could be denied promotions or coveted assignments. Their agencies could block security clearance renewals or remove them from important meetings. They could be reassigned." This could particularly be hard on foreign service officials who have potential for career advancement, like Catherine Croft and Christopher Anderson.

And even if none of those things happen, Trump could attack them by name in a tweet, and subject them to a flood of personal harassment.

"Trump’s effort at public shaming has set off a scramble in the Foreign Service community to raise money for their colleagues’ legal defenses and appeals to high-ranking State Department officials to ensure that they are not ostracized," wrote Rein. "'They didn’t ask to be in this situation,' said Eric Rubin, a former ambassador and president of the American Foreign Service Association, a union that represents Foreign Service officers. 'Heading into public hearings will be a new chapter. Our people are going to be in the spotlight.'"

Republicans have begun using the word "unity" to justify any manner of things that they don't approve of from Democrats.

Writing for the Huffington Post on Monday, Tara Golshan and Chris D'Angelo cited Sen. John Cornyn's (R-TX) tweet mocking the call for "unity" by claiming that Biden shouldn't allow transgender Americans to serve in the military.

Rep. Matt Gaetz (R-FL) fired off an attempted snappy defense of former president Donald Trump, and was swiftly met with mockery and ridicule.

The Florida Republican tweeted out the would-be rejoinder to the impeachment House Democrats will carry to the Senate for trial, set for Feb. 8.