CNN's Avlon warns 'poisonous polarization' is destroying America: 'E Pluribus Unum' has become 'Us Against Them' 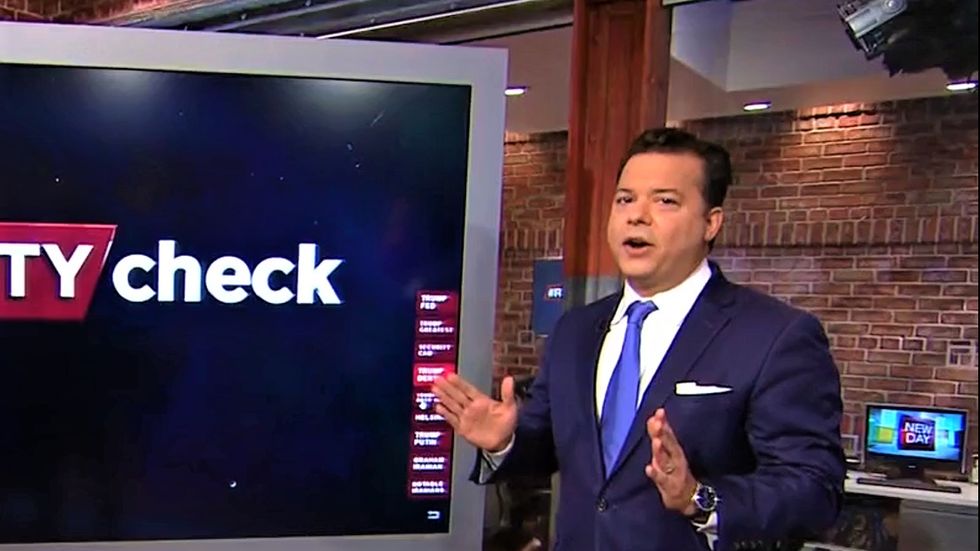 On Veterans Day, CNN fact-checker John Avlon took the opportunity to warn of the dangerous levels of polarization in American politics.

"November 11th was chosen because it was the day World War I ended. A century later, it’s a good time to reflect on a good bit of political wisdom that’s been lost: the thought that partisanship ought to end at the water’s edge," said Avlon. "Today partisanship doesn’t end anywhere. Dividing families, schools, churches, houses. It’s a prime driver of the overall polarization that’s weakening our political and social bonds. And driving bitter cultural divides. Separating us into tribes."

"Make no mistake, healing our divided nation is the defining challenge of our time. Because nothing less than the success of the American experiment is at stake," continued Avlon. "If you think polarization is getting worse, you’re not alone. 67 percent of voters believe our country is becoming more divided. And 87 percent of Americans say political polarization is threatening our way of life. As the political becomes more personal. Check this out. A 2017 Gallup survey found 60 percent of Democrats and Republicans say they want their daughters to marry members of their own political parties. While in a study in 2014, 42 percent viewed the opposition as evil. No surprise a sense of civic despair is starting to kick in."

Trump, noted Avlon, may have made things worse, but "he’s a symptom of our polarization, not its cause. There’s still time to redeem something positive out of this poisonous polarization ... 93 percent of Americans say they’re tired of how divided we’ve become."

"A first step in solving a problem is admitting you have one," said Avlon. "If we clearly name the problem, then we begin to take concrete steps to overcome it. We’re going to discuss this in the coming days, but we need to find ways to reunite as a nation. We can do this armed with the knowledge we’re defending values. 'E Pluribus Unum' — out of many, one — is literally the opposite of 'Us Against Them,' the demagogue’s eternal calling card. There is no them in the United States. There’s only us."