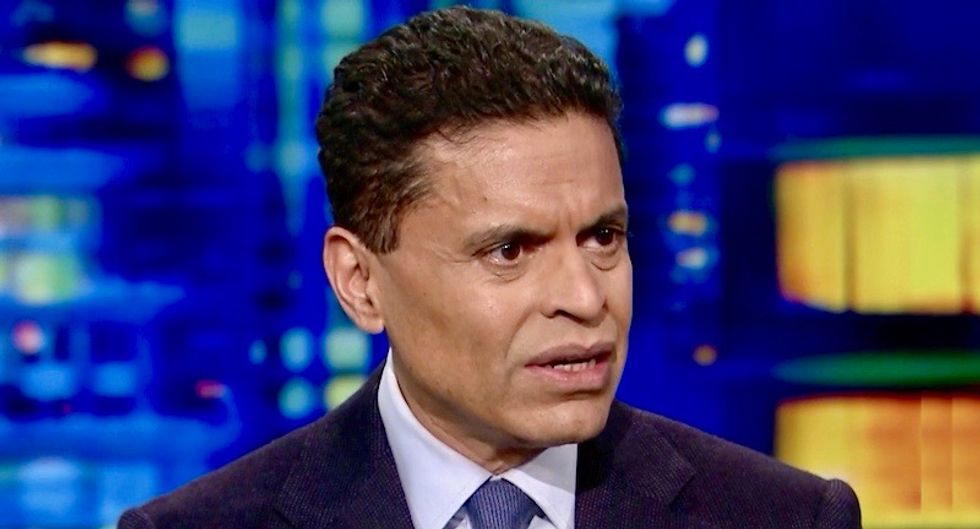 CNN International reporter Fareed Zakaria revealed Wednesday that he was the one chosen to do the interview with Ukraine President Volodymyr Zelensky in which he was expecting to announce the investigation into former Vice President Joe Biden and his family.

According to Zakaria, he went to Kyiv to do research and prepare for the interview, but just after news of the whistleblower report became public, "the interview fell apart."

"First, let me be clear. Of course, we had no knowledge that President Zelensky was going to announce this investigation into the Bidens and into 2016 during the interview," Zakaria told CNN's Jake Tapper after Wednesday's impeachment hearings had concluded.

"My guess is that the way they were thinking about it as politicians often do planning an interview, they were going to reveal certain things at a certain point," he continued. Presumably, I would have asked a question, 'What are you doing to rooting out corruption in Ukraine?' He would say, 'Here’s what I’m doing.'

"But here's the story: We'd been trying to get an interview with Zelensky pretty much since he got elected," Zakaria explained. "He's a pretty interesting character. And Ukraine, as you heard all of today, is on the front lines of this great struggle between the West and Russia. And they had been encouraging and negotiating back and forth. Things picked up around August and September. I went to Kyiv to meet with him. It seemed it was confirmed and then it fell apart right about the time just after the news of the whistle-blower came out. So it is possible to conclude that they realized the story was now public and the aid had been released, they didn’t need to do the interview."