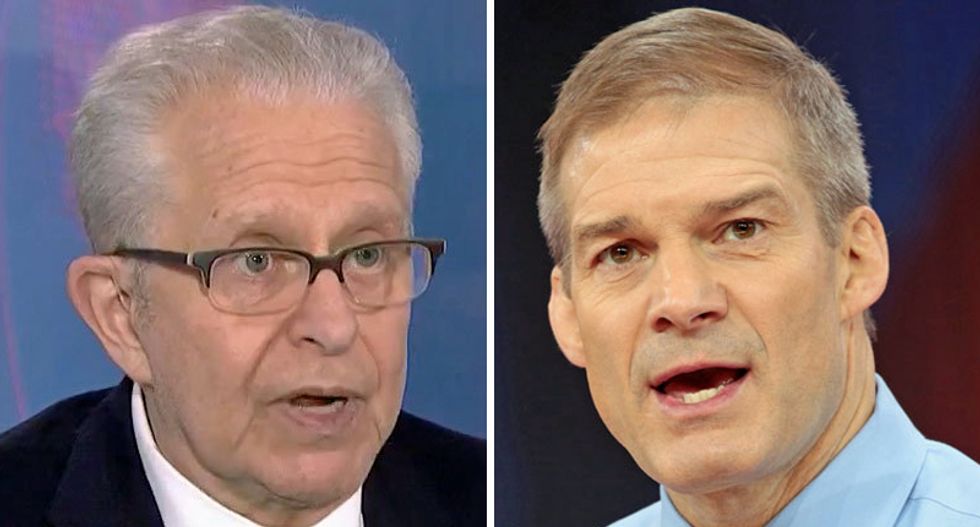 Constitutional law expert Laurence Tribe debunked the key defense of President Donald Trump that was offered by Rep. Jim Jordan (R-OH) during the first televised hearing in the impeachment inquiry.

Jordan did not address the fact President Donald Trump solicited foreign election interference in violation of federal law, but attempted to debunk the additional charge that there was extortion/bribery.

The Ohio Republican argued that there could not have been a quid pro quo because the aid was eventually released.

But Tribe, who has taught at Harvard Law for half a century and argued three dozen cases before the United States Supreme Court, fact-checked the congressman who never passed the bar exam.

"Rep. Jordan’s mantra that Amb. Taylor has to be wrong because the aid was in fact released without Zelinski ever making a public announcement is absurd," Tribe explained.

"What happened in-between to release the aid was that Trump was caught red-handed when the whistleblower spoke up!" he noted.

Rep. Jordan’s mantra that Amb. Taylor has to be wrong because the aid was in fact released without Zelinski ever ma… https://t.co/8Yx74xs1Gg
— Laurence Tribe (@Laurence Tribe)1573672339.0