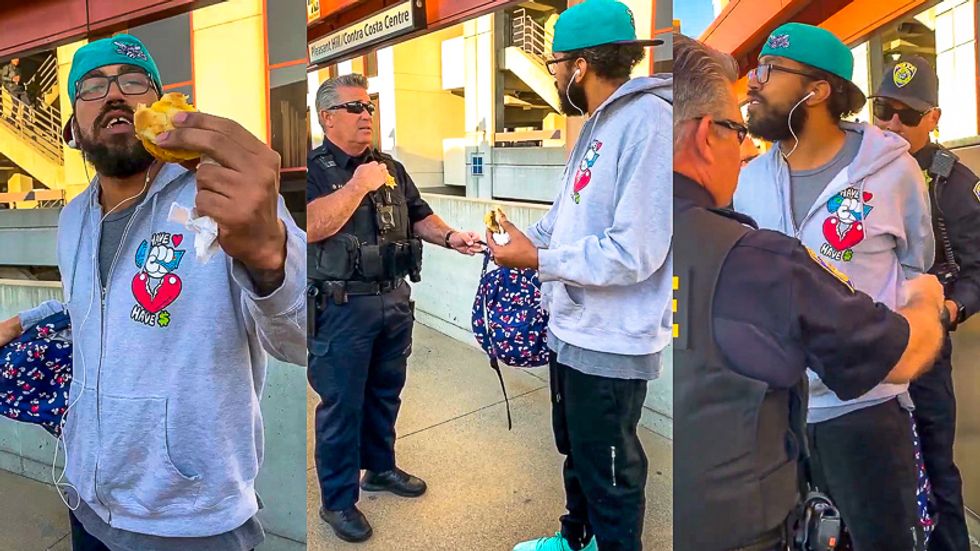 California man is arrested while eating a sandwich (screen grab)

Video of an African-American man being detain for "illegally" eating a sandwich went viral over the weekend.

The video, which was reportedly recorded on Nov. 4, shows a black man being confronted by a white police officer at a California BART station. The clip was posted on Nov. 8 by Facebook user Bill Gluckman.

A black man holding a sandwich can be seen complaining about being detained by the officer, who is refusing to let go of the man's bag.

"You singled me out out of all these people," the detained man says.

"You're eating," the officer points out. "It's against the law."

The officer then informs that man that he is "going to jail."

"For eating a f*cking sandwich," the man protests.

Within minutes, three other officers show up to handcuff and arrest the man.

Activists on Saturday held an eat-in at the BART station to protest the arrest.

By Monday, the Facebook video had been viewed over 2.5 million times.