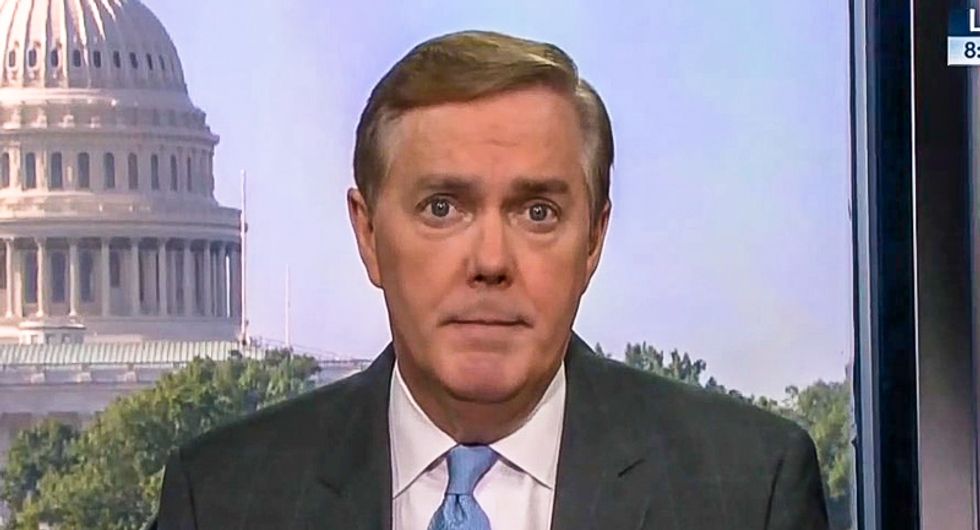 A caller on C-SPAN's Republican line on Tuesday accused an Army lt. col. who testified against President Donald Trump of having divided loyalties because he was born in Ukraine.

During a discussion about impeachment, a caller named "Mike" insisted that "freak" Adam Schiff (D-CA), who chairs the House Intelligence Committee should resign.

"Could Schiff have made up the leaker?" Mike said. "The president needs to know exactly who the leaker is. I think the leaker is a made up person. I really do."

C-SPAN host Steve Scully reminded the caller that there is a strong case against Trump even without the account of a whistleblower who exposed Trump's attempt to extort the president of Ukraine in order to gain a political advantage over former Vice President Joe Biden.

Mike, however, said he did not trust Vindman, a former Soviet Jew who emigrated to the U.S. at the age of three.

"I tell you, I have a problem with that guy. He was born in Russia," Mike snapped.

"He was born in the Ukraine," Scully pointed out.

"He was raised in the Ukraine. I’m an immigrant. I’m a German immigrant. I came here when I was nine years old and I made my citizenship as a veteran," the caller ranted.

"I believe Ukrainians and Russians cannot be trusted," he continued. "And also what I believe in -- you tell so many lies that lies will stick, just like [Nazi leader Joseph Goebbels], the German minister of propaganda."

"Let's just deal with the facts," Scully suggested. "He came here at the age of three. And he is a U.S. Army veteran serving in Iraq and now part of the national security team. But you don't trust him?"

"That colonel should have never even opened up his mouth, okay?" the caller shot back. "He should have served the president, okay? Look at all the generals, you think they're going to open up their mouths? Heck, no!"

The C-SPAN host wondered how Mike would feel if "the situation were reversed" and former President Barack Obama was the one with accusations against him.

"That person needs to talk to the president, and that's how far it goes," Mike insisted.