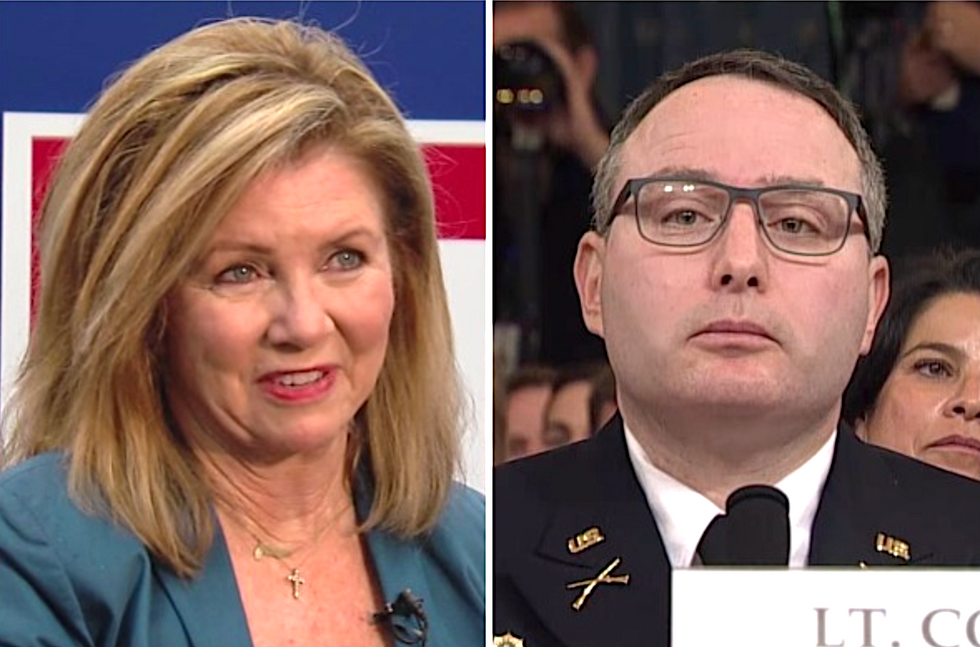 In a tweet fired off today, Senator Marsha Blackburn (R-TN) took a jab at one of the witnesses who testified at this week's hearings in the House impeachment inquiry, and she immediately was on the receiving end of a wave of backlash due to the way she characterized a career military officer.

@MarshaBlackburn Sadly we can't do anything to stop you from being a United States Senator for another 5 years, but… https://t.co/bKSt3i4DzI
— TrumpsTaxes (@TrumpsTaxes) 1574439376.0

@MarshaBlackburn Trump pardoned war criminals this week and you're reserving your ire for a soldier who reported a crime when he saw it.
— Zeddy (@Zeddy) 1574441260.0

@MarshaBlackburn A US Senator resorts to childish name calling of a Purple Heart recipient in defense of a corrupt,… https://t.co/TJdw08TgeQ
— chris diamond (@chris diamond) 1574437757.0

@MarshaBlackburn Why are you such unrepentant garbage? Love, a constituent
— Evan Hurst (@Evan Hurst) 1574438198.0

@MarshaBlackburn Were you always this terrible a person, Marsha, or have you been horribly corrupted by power? It's… https://t.co/Rsj1AzQhSa
— Mark Jacob (@Mark Jacob) 1574435708.0