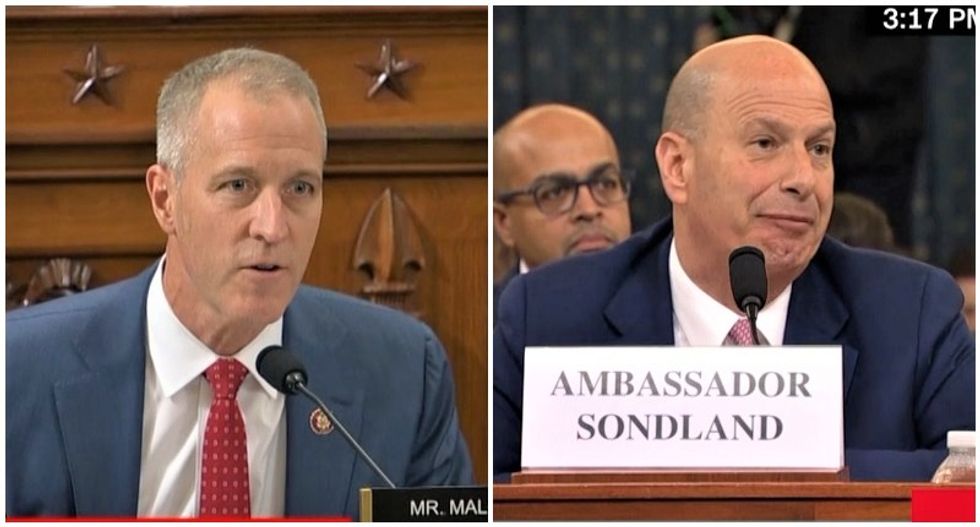 One of the charges House Democrats are mulling in potential articles of impeachment against President Donald Trump is that the president solicited bribery by tying investigations that were personally beneficial to him in exchange for delivering military aid approved by Congress.

According to federal law, any public official who "directly or indirectly, corruptly demands, seeks, receives, accepts, or agrees to receive or accept anything of value personally or for any other person or entity, in return for being influenced in the performance of any official act" is guilty of bribery.

"You said it's wrong to investigate political opponents?" Maloney asked Sondland during his questioning.

"And yet we know that's what the president was asking for," Maloney continued. "Who would have benefited from an investigation into the president's political opponents?"

"Well, presumably the person who asked for the investigation," Sondland replied.

"Who is that?" asked Maloney.

"If the president asked for the investigation, it would be he," Sondland admitted.

Republicans have effectively confused Sondland's allegations. But this exchange with Maloney lays out how devastati… https://t.co/4mX22TE2Qo
— Zach Wolf (@Zach Wolf)1574281316.0