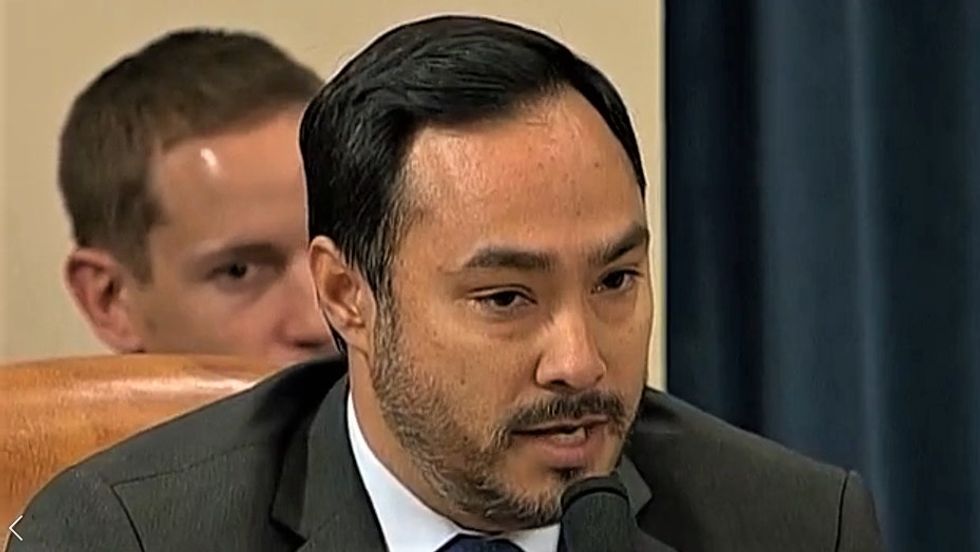 Rep. Joaquin Castro (D-TX) on Wednesday tore apart one of the major arguments made by House Republicans during public impeachment hearings.

Throughout the hearing, Republicans argued that there was no scandal in the president's behavior regarding military aid to Ukraine because the aid eventually got delivered.

Castro, during his questioning of impeachment witnesses Bill Taylor and George Kent, expertly pulled this talking point apart by showing that President Donald Trump's efforts to extort Ukraine only failed because he got caught.

Castro began by asking the witnesses why Ukraine didn't actually go through with plans to investigate Burisma, the former employer of Hunter Biden, even though the country had been poised to do so.

Taylor replied that the plans to announce the investigations were called off after the hold on aid for the country was lifted in early September, shortly after Congress became aware of a whistleblower complaint filed against the president.

Castro then asked the ambassadors if Trump should be found innocent just because his scheme fell apart at the last minute.

"Is attempted murder a crime?" he asked.