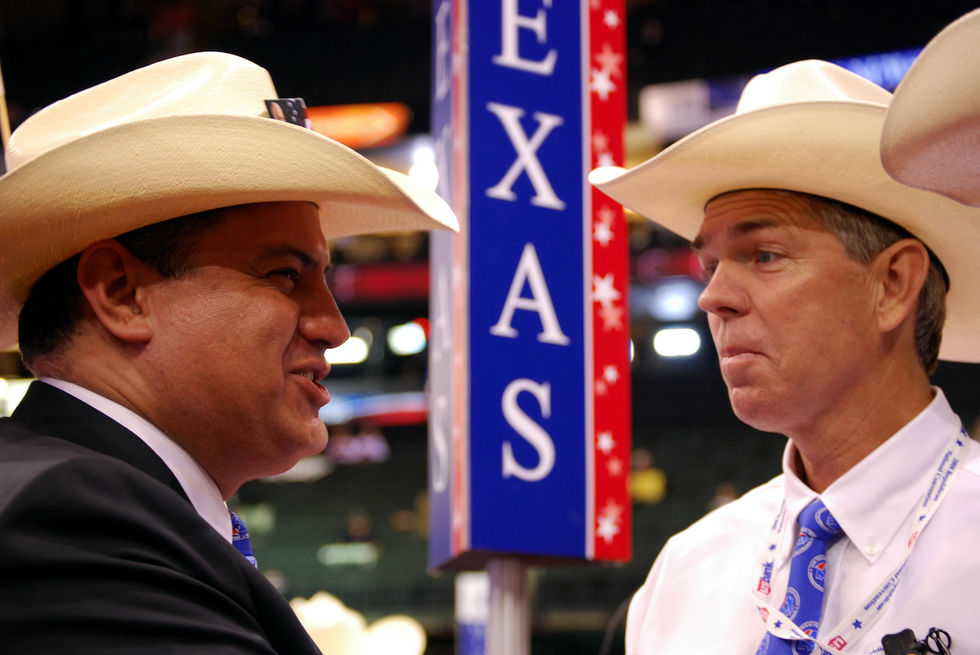 Thanks to a blunder, the Texas Republican Party's 2020 election strategy has ended up in the hands of Texas Democrats, according to the The Dallas Morning News.

The document, titled “Primary/General Election 2020 [Draft]," began showing up in Democratic emails this Monday and included a list 12 statehouse districts that the GOP is targeting in 2020.

“Starting after the Primary, the RPT will generate microsites for negative hits against the Democrat candidates in our twelve target race—we expect each microsite to be roughly $500,” the document reads. “We will then begin rolling out these websites, prioritizing the races that were within 4% in the 2018 election.”

The document details how Republicans plan to thwart Democrats' plans to take the majority in the Texas House for the first time since 2003. Speaking to The Dallas Morning News, executive director of the Texas Democratic Party, Manny Garcia, said that "Republicans have already fumbled the ball and we aren’t even in 2020 yet."

“Texas is the biggest battleground state and Texas Democrats are poised to win in 2020" thanks in part to the "polarizing nature" of Trump, he said, adding that Republicans are "in big trouble."

One strategy the document reveals is a plan to purchase online domain names affiliated with the names of Democratic candidates so that online searches will direct people to sites that attack the candidate.

“For example, we will purchase ZwienerforTexas.com, ZwienerforTX.com, and so on,” the document reads.

“We will attack these Democrat candidates with contrast hits which we will obtain from, public votes from the 86th Legislative Session, their campaign websites, and any other means to gather negative material on them,” it continues.

Another big revelation from the document is the problems President Trump is causing for Republicans in 2020.

“Given the polarizing nature of the President, I suspect some Republicans will refuse to turnout during the General Election because they don’t want to vote for him - though I don’t know that we will know what this universe would look like without us or a stakeholder creating a model,” the document reads. “Regardless, I suggest we set up a contingency budget to target these folks with mailers, digital ads, and texts to encourage them to turnout for U.S. Senate, State Senate, State House, and so on.”