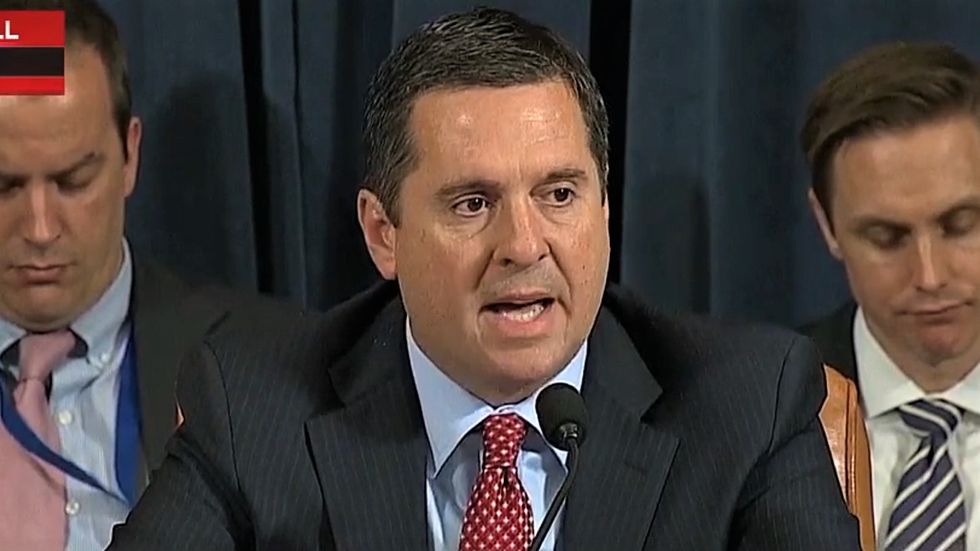 Kash Patel, a former aide to Rep. Devin Nunes (R-CA), is suing Politico after it published a report that exposed his alleged role in the Ukraine scandal that's engulfing the Trump White House.

Fox News reports that Patel, who currently works at the National Security Council, is alleging that the Politico story is false and defamatory and part of a broad conspiracy to bring down President Donald Trump.

The story in question claimed that Patel constantly fed negative information about Ukraine to the president and helped convince him that the country was out to get him.

However, Patel's lawsuit against the publication might prove difficult to pull off because it accurately described the testimony of former National Security Council official Fiona Hill, who said that Trump so regularly talked with Patel about Ukraine that the president falsely believed Patel was in charge of the NSC's Ukraine policy.

Additionally, Hill's testimony was subsequently backed up by Lt. Col. Alexander Vindman in his testimony before the House impeachment inquiry.

Patel's former boss, Rep. Nunes, is no stranger to litigation himself and is currently involved in a lawsuit against a fictitious cow.