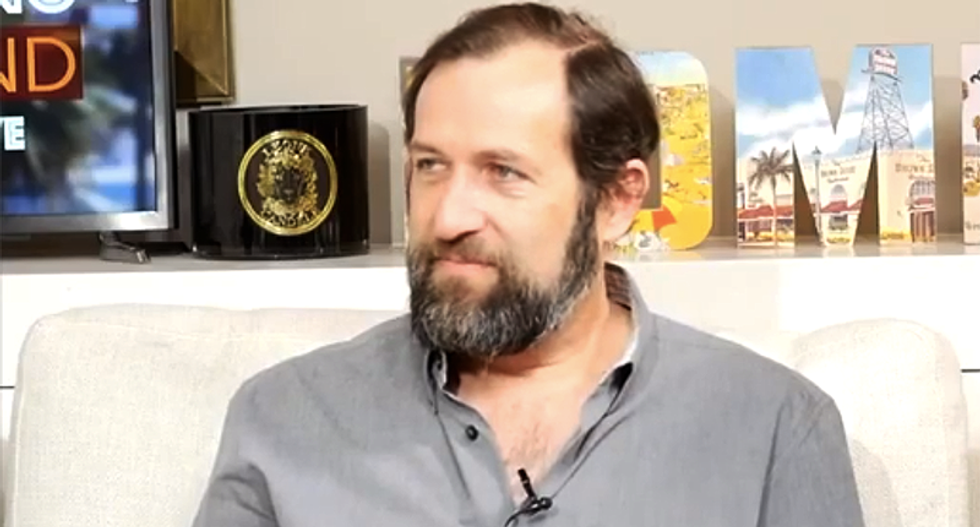 According to the piece, both the left and right websites created by an international content farm to inflame people enough to click and share content. Conservative Edition News and Liberal Edition News intentionally writes stories with the purpose to infuriate each side for the purpose of generating hate-clicks, response articles and more. Headlines like "Austin sex-ed curriculum teaches kids how to obtain an abortion" and "HuffPost writer considers Christianity 'dangerous'" give right-wing audiences fodder for anger to lash out at their counterparts.

"The sites are the work of Ken LaCorte, the former Fox News executive who was accused of killing a story about President Trump’s affair with Stormy Daniels, the pornographic film actress, before the 2016 election," wrote The Times.

Young Macedonians in Veles were the ones "churning out disinformation" for the 2016 election campaign.

"Among Mr. LaCorte’s network was one writer who helped peddle a conspiracy theory that Hillary Clinton had ties to a pedophile ring," the report explained.

According to reports from The Guardian and on BuzzFeed the Macedonian town of 55,000 people was the registered home of at least 100 pro-Trump websites. Wired described them as sites dominated with sensationalist, utterly fake news.

It was unknown who was behind all of the websites until recently, but the investigation and research at a security firm in Virginia discovered that there are several websites owned by LaCorte that are promoting disinformation, conspiracy theories, propaganda, and inflammatory content.

"While big tech companies like Google and Twitter are trying to distance themselves from divisive politics by restricting or banning political ads, Mr. LaCorte’s websites are a reminder that there is a cottage industry of small sites happy to stoke passions on both sides of the political aisle and cash in on that anger," the report continued.

None of the stories have authors on them, and the bottom of the pages says “By Bivona Digital Inc." It's a company that uses an address often "reserved for transient sailors off the San Francisco Bay in Sausalito, California."

When The Times reached out to LaCorte for comment, he claimed that he was creating "centrist-right" content, though he didn't explain how a false news story about a pedophile ring is "centrist." In that case, a gunman went to the Washington, DC pizza parlor cited in the story prepared to free the abused children in a basement that didn't even exist. LaCorte said he's heading up an effort to create a “digital news start-up with the stated goal of restoring faith in the media.”

“I wanted to try to find middle ground,” LaCorte said. “Unfortunately, the things that work best right now are hyperactive politics. On one hand, that's at odds with what I want to do. But you can be more successful by playing the edgy clickbait game.”

The translation is that LaCorte is continuing placing the financial benefits of clickbait and propaganda over the "centrist-right" politics he purports to espouse. He also revealed that 1 percent of the entirety of the United States (nearly 3.3 million people) was reading his websites one day when he woke up.

“Where does that line turn from good business to ‘Eh, that’s sleazy’?” he asked rhetorically.

"The spreading of politically divisive content or even blatant disinformation and conspiracy theories by Americans is protected free speech. Security experts said the adoption of Russian tactics by profit-motivated Americans had made it much harder to track disinformation," The Times explained.

“It’s this blending we’re most worried about,” the report cited Cindy Otis, the director of analysis at the cyber-security firm Nisos’. “It makes it much harder to determine motivation and even the actor.”