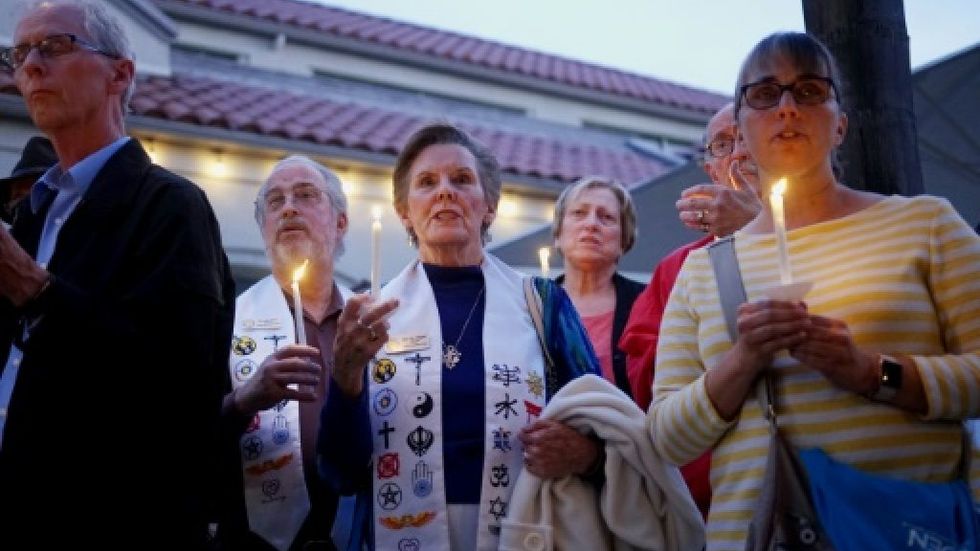 A Colorado man has been charged with domestic terrorism over an alleged plot to blow up a Jewish synagogue in Pueblo.

The Denver Post reported that 27-year-old Richard Holzer was arrested in possession of explosives after he met with an undercover agent at a motel on Friday.

According to an affidavit filed on Saturday, Holzer had planned to use the explosives on a synagogue in Colorado.

“Holzer stated that he did not think anyone would be there, but that if they were, Holzer would not care because they would be Jews,” the complaint said.

In addition to explosives, Holzer was said to have paid a man called “Mexican Hitler" to “hex and poison a local synagogue.” Holzer reportedly stated that he put arsenic in the water pipes of the synagogue on Oct. 31.

The affidavit said that the suspect was preparing for an upcoming racial war.

Holzer is facing domestic terrorism charges of attempting to obstruct a religious service with explosives or fire.