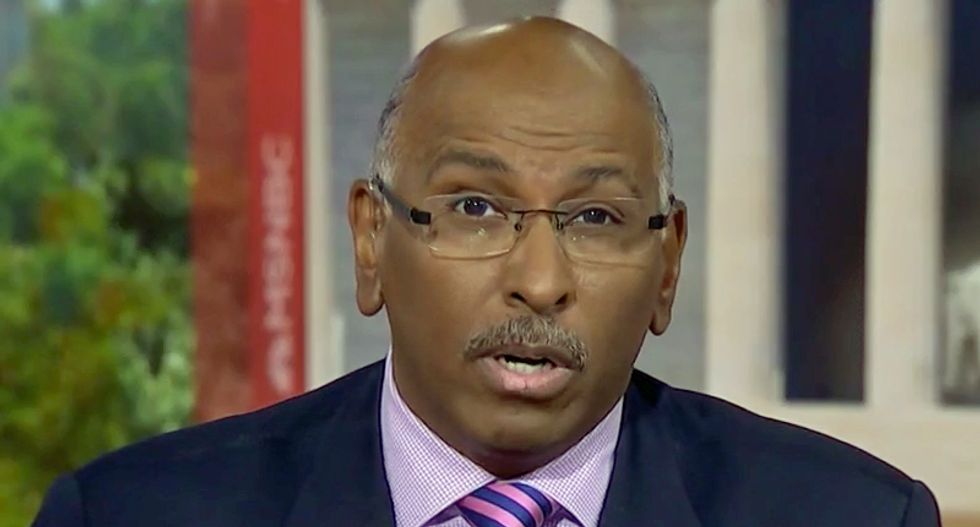 Michael Steele served as the chair of the Republican National Committee

For days, Republican lawmakers and commentators have been attacking the impeachment proceedings with spurious process complaints. But at the urging of President Donald Trump, many of them are starting to defend the substance of his attempt to extort the president of Ukraine for political dirt on former Vice President Joe Biden's family.

"Are you surprised, given all your years in the Republican Party and all of the values and things that it stood for and stands for in your mind, that these people are siding, despite all the facts that we know that have been released by the president, that they're still sticking by him?" asked host Jonathan Capehart.

"Not only surprised, but highly disappointed," said Steele. "It is embarrassing how pathetic these sycophants have become, how desperate they are for one man, one man, to like them, to not tweet about them, to say something good about them, to endorse them. It is embarrassingly pathetic for a party that has a rich and long tradition for standing with the rule of law, standing against our enemies and foreign and domestic, so that would include Russia and the KKK. But here they are."

"While they may not directly use the words that Trump uses, while they may not directly behave the way he behaves, their embrace of that, their embrace and wholly accepting of that, makes them as culpable in everything he says and does, and every word that comes out of his mouth, and every action that he takes," continued Steele. "They're going to be held accountable at the ballot box, not Donald Trump alone. They, too. And yet, they don't seem to care because they think the American people will buy anything that Donald Trump sells."