Fireworks as GOP congressman asks ‘where is the impeachable offense?’ — and immediately withdraws question when witness responds 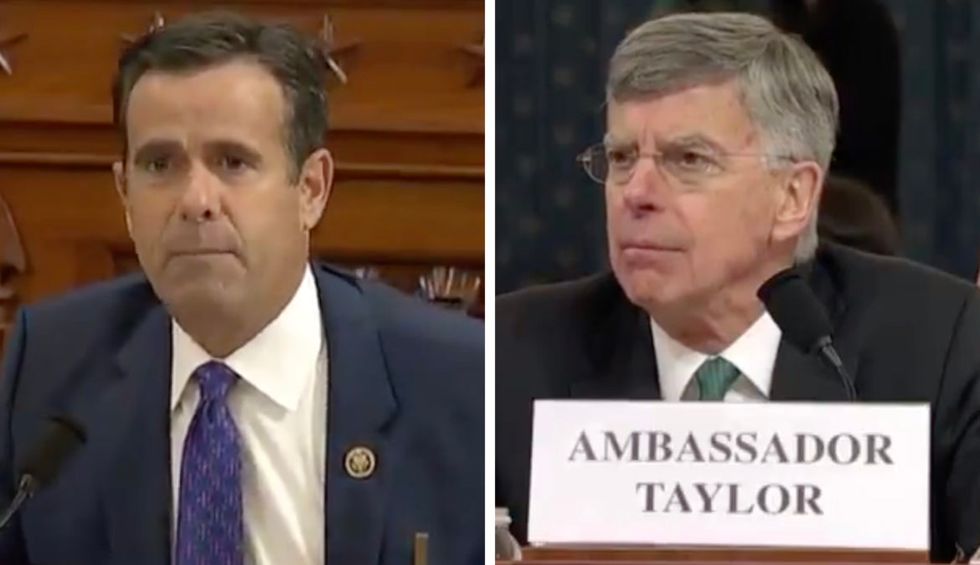 Republican Rep. John Ratcliffe is getting a fair share of mocking online after asking impeachment hearing witnesses what President Donald Trump has done that is impeachable – then stopping one of the witnesses tried to respond.

The Texas Congressman, apparently unhappy that his question was about to get some form of response – or, at least, pushback, from Ambassador Bill Taylor, appeared nervous, yelled over Taylor, stopped the diplomat from answering, then went so far as to withdraw his question when Taylor tried to answer.

“Where is the impeachable offense in that call?” Ratcliffe asked, referring to Trump’s infamous July 25 call with the president of Ukraine.

“Are either of you here today to assert there was an impeachable offense on that call? Shout it out!” Ratcliffe said, sarcastically, demanding an answer from either of the witnesses. “Anyone?”

Frustrated, Ratcliffe – who Trump once tried to nominate to be Director of National Intelligence, but isn’t qualified and his resume had been “exaggerated” – looked down at his notes.

“I know you’ve only got a minute left,” Ambassador Taylor, who has proven to be nearly stoic and a straight shooter, said, somewhat frustrated.

Chairman Adam Schiff then intervened: “You asked the witness a question, the witness will –”

Ratcliffe then demanded the clock get suspended – stopped – saying, “I withdrew the question” as Schiff took control.

Taylor finally got to answer: “I’m not here to decide anything about impeachment,” he announced, rightfully. “This is your job.”