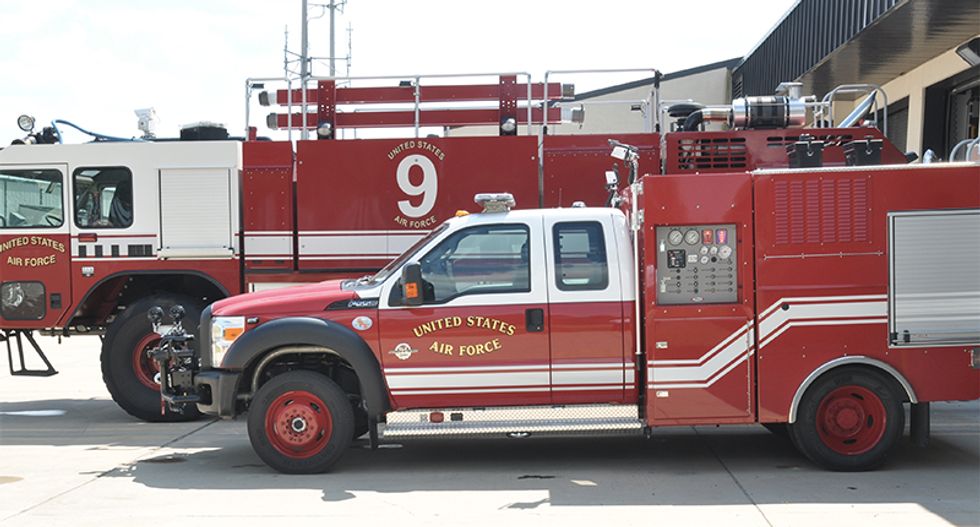 Fire trucks for the US Air Force (Photo: Air Force)

A Florida man is accused of starting several fires throughout Cocoa before stealing a fire truck, police told FloridaToday.com.

According to the report, Michael Simpson was spotted Tuesday morning, throwing a brick around outside of a credit union. He momentarily laid down in the bank's drive-thru and then urinated on the grass.

He was arrested and taken to the Brevard County Jail, where he proceeded to take out matches and light the tank top he was wearing on fire, the arrest report said.

Police now say that Simpson was responsible for a series of fires in Cocoa Saturday evening. One fire was a dumpster on one street and a trash pin at a park pavilion. He then stole a Ford F-250 assigned to the district fire chief who was responding to a fire alarm at the time.

"Simpson was arrested and is being held at the Brevard County Jail in lieu of $17,500 bond. He is being charged with arson, criminal mischief and breach of peace," the report said.

The report contributes to the long-running meme that Florida men have a knack for making news.