Fox News segment on Michelle Obama goes off the rails: 'Why the hell does Tucker Carlson still have a job?' 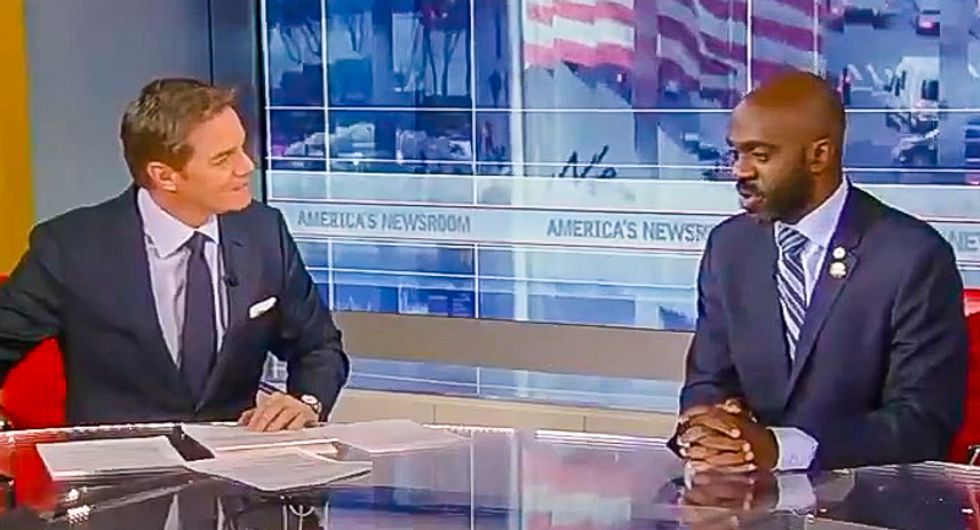 Democratic Party Vice Chair Michael Blake began his Fox News appearance on Tuesday by asking why Tucker Carlson "still has a job" after he falsely called white supremacy a "hoax."

Fox News host Bill Hemmer had invited Blake on the show to talk about Carlson's prediction that former First Lady Michelle Obama would be the Democratic presidential nominee.

But Blake had another topic on his mind.

"She's not running," Blake stated. "But I think the core question is he shouldn't be on here at all."

"We didn't bring you on to talk about Tucker Carlson," Hemmer said.