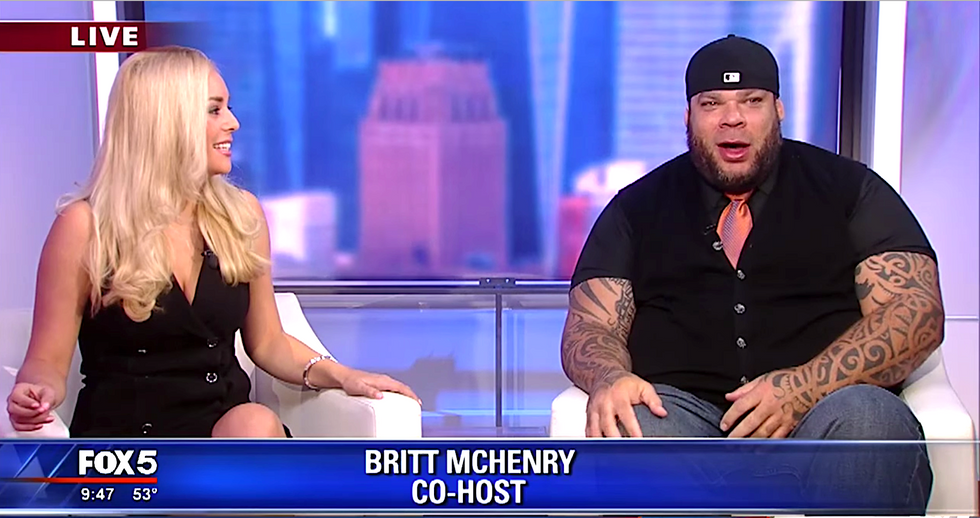 For the second time around, Fox News has conducted an investigation into sexual misconduct claims made by Fox Nation host Britt McHenry against her colleague, Tyrus, The Hollywood Reporter says.

After declaring the matter "resolved" in June, Fox launched another investigation in response to a complaint filed by McHenry with New York State's Division of Human Rights.

"We respect the confidentiality of our employees and their involvement in any HR process and therefore will not comment on the results of either independent investigation," the statement continued. "We will, however, defend the administrative charge filed in the New York State Division of Human Rights.”

According to McHenry, Tyrus, who is a former professional wrestler, sent her lewd text messages and harassed her in person. In her complaint, she claimed to have experienced "tremendous anxiety, anguish, humiliation, and emotional distress."

"I have seen a therapist and have experienced stress-induced sickness, such as severe migraines," McHenry's complaint read. "I have become physically ill repeatedly before going to work at Fox in New York. My professional success and career have suffered immeasurably as a result of Fox's misconduct."

A former Fox host has come to McHenry's defense. Gretchen Carlson, who settled her claim alleging Fox founder Roger Ailes fired her for refusing his sexual advances, took to Twitter this Thursday and expressed skepticism in the network's second investigation into McHenry's allegations.

"So so interesting @foxnews," Carlson tweeted. " You claim you’ve changed but to use your own words from your statement just last week u are supposedly 'transformed' and 'no other company has implemented such a comprehensive and continuous overhaul.' Really?"

"Nothing wrong with lewd text messages to an innocent woman where someone offers her d*** pics and you try to say 2 independent investigations found nothing & u are transformed?" she wrote in a followup tweet. "And you give him his own show? That’s so screwed up and you know it @foxnews".

McHenry is also accusing Tyrus of sending Fox News doctored text messages that fraudulently claim she sent him pictures of her breasts.