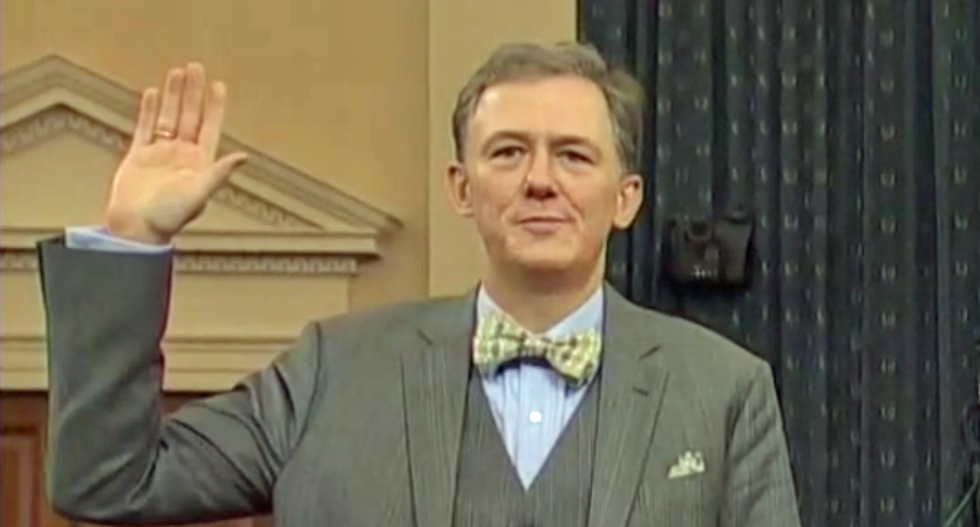 Deputy Assistant Secretary of State George Kent debunked a right-wing conspiracy theory that it was Ukraine -- not Russia -- who intervened in the 2016 election.

Kent was interviewed by former federal prosecutor Daniel Goldman, who is currently serving as a senior advisor and director of investigations for the House Permanent Select Committee on Intelligence.

"Are you aware this is all part of a larger allegation that Ukraine interfered in the 2016 election?" Goldman asked.

"Yes, that is my understanding," Kent replied.

"To your knowledge, is there any factual basis to support the allegation that Ukraine interfered in the 2016 election?" Goldman asked.

"To my knowledge, there’s no factual basis, no," Kent replied.

"In fact, who did interfere in the 2016 election?" Goldman asked.

"I think it’s amply clear that Russian interference was at the heart of the interference in the 2016 election cycle," he replied.

Kent was also asked about the allegations the far-right is making against former Vice President Joe Biden and his family.

"And, Mr. Kent, are you familiar as you indicate in your opening statement, about these allegations related to Vice President Biden?" Goldman asked.

"And to your knowledge, is there any factual basis to support those allegations?" Goldman asked.

"When Vice President Biden acted in Ukraine, did he act in accordance with official U.S. policy?" Goldman asked.