GOP Rep offers bizarre defense of Trump: 'Even murderers and rapists go free when their due process rights are violated' 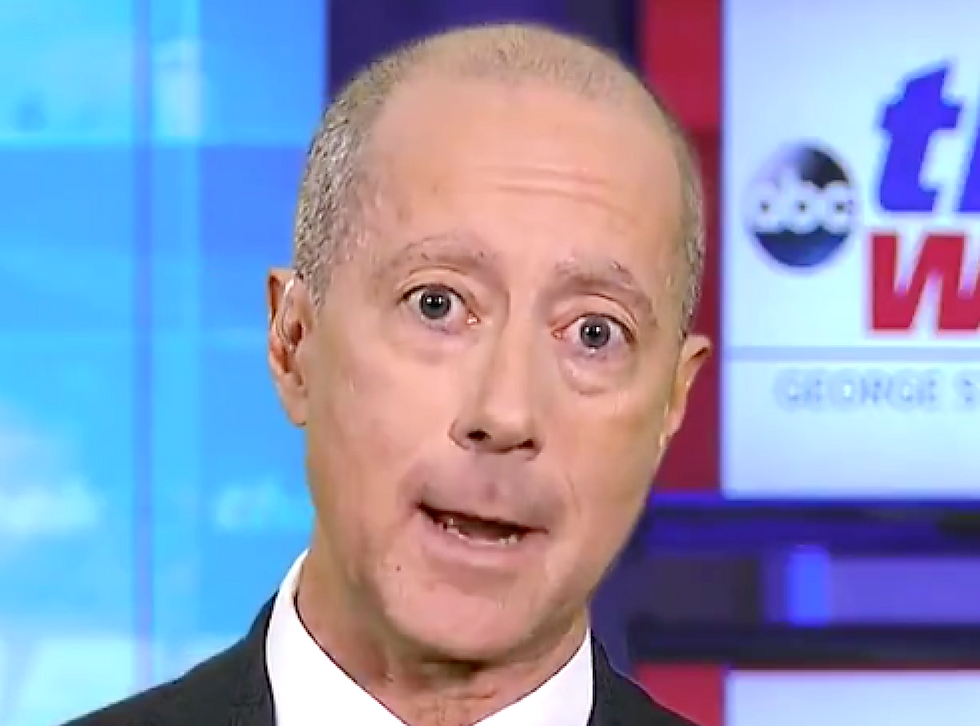 In an appearance on ABC's This Week on Sunday, Rep. Mac Thornberry (R-TX) admitted that it's "inappropriate for a president to ask a foreign leader to investigate a political rival." But according to him, the Democrats' impeachment process is violating due process, and there's a reason we let "murderers and robbers and rapists go free when their due process rights have been violated."

Thornberry went on to argue that President Trump's infamous phone call with Ukrainian President Volodymyr Zelensky isn't impeachable because it just reflected business as usual in the White House.

"There’s not anything that the president said in that phone call that’s different than he says in public all the time," he said. "So, is there some sort of abuse of power that rises to that threshold that is different than the American people have been hearing for three years? I don’t hear that."

Writing for New York Magazine, Jonathan Chait points out that Thornberry's defense of Trump is an odd contradiction.

"He treats the phone call as if it’s the entirety of the case," he writes. "But then, rather than insist the phone call was 'perfect,' he concedes it was kinda bad. At that point, though, Thornberry pivots to pointing out that the call is no different than things Trump 'says in public all the time.'"

Thornberry admits it was inappropriate for Trump to pressure a foreign country for political smears, but not impeac… https://t.co/24gBzZU7Nk
— Jesse Lee (@Jesse Lee) 1573399729.0

&ref_url=http%3A%2F%2Fnymag.com%2Fintelligencer%2F2019%2F11%2Frepublican-thornberry-impeachment-ukraine-trump-he-does-this-all-the-time.html
Please contact support@rawstory.com for customer support or to update your subscription. Report typos and corrections to: corrections@rawstory.com.