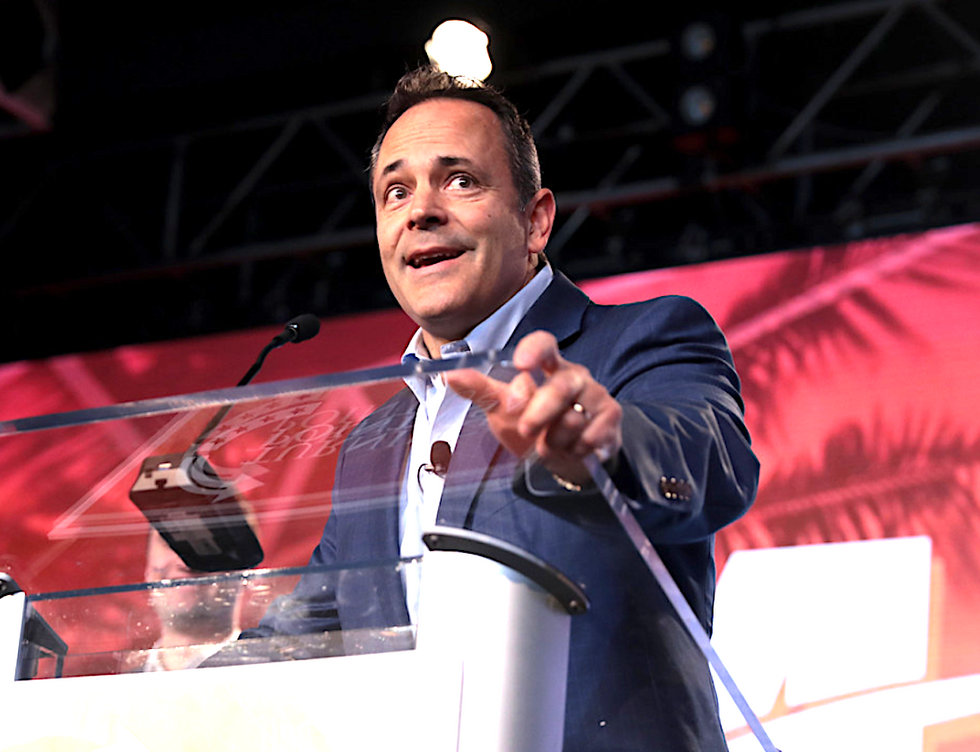 Growing impatient with Kentucky Governor Matt Bevin's disputing Tuesday night's election results, a growing chorus of Republicans are saying he should either provide proof of his claims of "irregularities" or concede, the Lexington Herald Leader reports.

“The best thing to do, the right thing to do, is for Governor Bevin to concede the election today so we can move on,” Rep. Jason Nemes, (R-Louisville) said.

"If there is evidence of fraud or illegalities, as was alluded to last night, Governor Bevin should state his claim immediately and let the evidence be reviewed. But this is not an opportunity for a fishing expedition or a chance to overturn the election result," Nemes added in a Facebook post.

Also speaking out was Rep. John Blanton (R-Salyersville), who said that there was no hard evidence to back up rumors of election problems.

“The last thing anyone wants to do is overturn a constitutional election,” Blanton said. “We want the will of the people to be done.”

After losing to Democrat Andy Beshear by 5,189 votes, Bevin requested a recanvass on Wednesday. Later that day, he told reporters that there was voting fraud and illegal activity during the election and claimed that "thousands of absentee ballots" were "illegally counted."

"That is known," he said, without providing any evidence for his claim.

But according to Nemes, "Governor-elect Beshear is entitled to the democratic legitimacy that comes with loser's consent."

"So let's go through the process honorably and expeditiously and give it to him," he added.