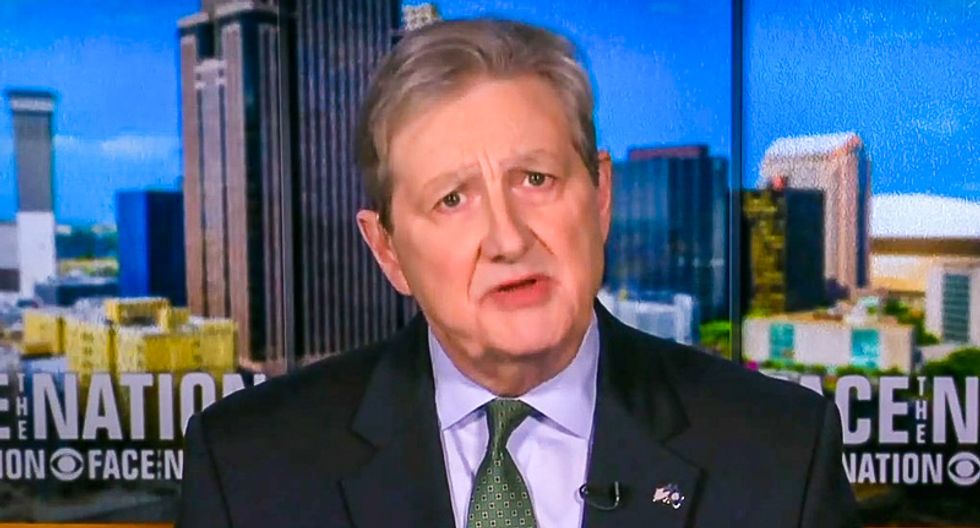 Sen. John Kennedy (R-LA) on Sunday argued that President Donald Trump may not be guilty of a quid pro quo with Ukraine if he did not have a "culpable state of mind" when he allegedly tried to extort the country's president.

Kennedy made the remarks while speaking to CBS News host Margaret Brennan.

"The quid pro quo, in my judgment, is a red herring," Kennedy opined before agreeing that it would be "over the line" for Trump to ask Ukraine to conduct an investigation into Joe Biden.

But the Louisiana senator suggested that the president may be in the clear if he did not have a guilty "state of mind" while extorting Ukraine.

"I think this case is going to come down to the president’s intent, his motive, did he have a culpable state of mind?" Kennedy said.

"So, 'over the line,' does that mean impeachable?" Brennan wondered.

"So there is something that could potentially persuade you to vote for removal?" the CBS host pressed.

"I can’t answer that, Margaret," Kennedy deflected. "Because that encompasses all possible scenarios. It is like asking me, if I didn’t go fishing on Saturday, how many fish would I have caught?"